Booker T is a retired professional wrestler and a two-time WWE Hall of Famer, having spent the majority of his career with WCW and WWE.

Booker’s parents both had died by the time he was 13 so was raised thereafter by his brother ‘Stevie Ray’ Lash who would eventually convince him to join wrestling school when he was working in a storage factory.

He would train at the Western Wrestling Alliance before wrestling at other independent promotions around Texas.

In 1993, both Booker and his brother Stevie Ray would join WCW, debuting as the Harlem Heat Tag Team. Booker was named Kole and Stevie Ray was named Kane.

Over the next four years they would win and lose the Tag Team Championships on a number of occasions, feuding with the likes of Stars and Stripes, The American Males, Public Enemy and The Outsiders (Kevin Nash and Scott Hall).

Harlem Heat would reunite and win the Tag Team Champions again before breaking up when Stevie Ray turned on Booker and valet Midnight.

In 2000 when Vince Russo became disgruntled with Hulk Hogan’s backstage politics, he would book a WCW Title match between Booker T and Jeff Jarrett, which Booker would win to become only the third African American world champion in history.

He would win and lose the title throughout 2000 and into 2001, feuding with Nash, Russo, Scott Steiner and the NWO.

When WWF purchased WCW in 2001, Booker T would move companies and be involved in the Invasion angle.

With top stars like the NWO, Goldberg and Sting now jumping ship, Booker T was the face of the invasion for most of the storyline.

Over that period, he would become involved in feuds with The Rock, Kurt Angle, and famously Stone Cold Steve Austin whom he fought inside a supermarket.

In the early part of 2002 he would form an unlikely partnership with Goldust.

By Wrestlemania 19 he was in the main event picture and faced Triple H for the World Heavyweight Championship. The promos between the pair, particularly from Triple H’s side, were controversial at the time as they had undertones of racism.

Booker would lose the match against The Game.

He would win his first Intercontinental Championship against Christian at Judgment Day 2003.

By 2004 he was in a tag team with Rob Van Dam, and that pair would win the Tag Team Championships.

He would subsequently feud with John Cena over the United States Championship after being drafted to Smackdown.

In 2005 he would take part in a ‘best of seven series’ against Benoit over the United States Championship.

At the 2006 King of the Ring, Booker T won the tournament by last defeating Bobby Lashley.

Thereafter, he would start his King Booker gimmick, portraying himself as royalty.

At the Great American Bash, he won the World Heavyweight Championship against Rey Mysterio.

Over the next several months, he would feud with Batista in particular, continuously using heel tactics to retain the title before eventually losing it at Survivor Series.

He faced Triple H at Summerslam after being traded to RAW And then left the company, citing burnout as the main reason.

After a hiatus, he returned to wrestling with TNA and immediately entered a programme with Bobby Roode before setting his sights on younger talent.

In 2011 Booker T returned to WWE as a colour commentator and part-time wrestler, entering into a few Royal Rumble matches.

He was the Smackdown General Manager for a short period and now appears as a PPV pre-show panelist.

What is Booker T’s height?

What is Booker T’s real name?

Who is Booker T married to?

Booker T is married to Sharmelle Sullivan. He has three kids over two marriages.

What is Booker T’s net worth?

Booker T has an estimated worth of around $5m.

What is Booker T’s theme?

Booker T’s theme is named ‘Can you dig it?’.

What is Booker T’s finisher?

Booker T’s finishers are named the ‘Bookend’ or the Scissor Kick.

King of the Ring 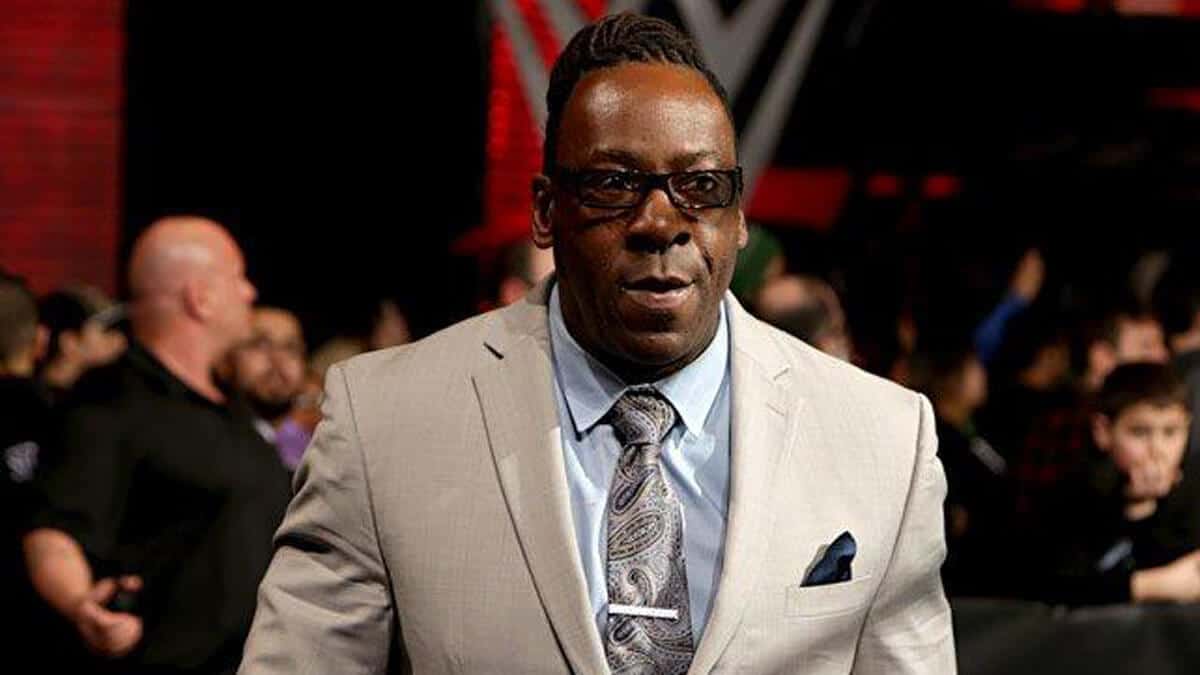 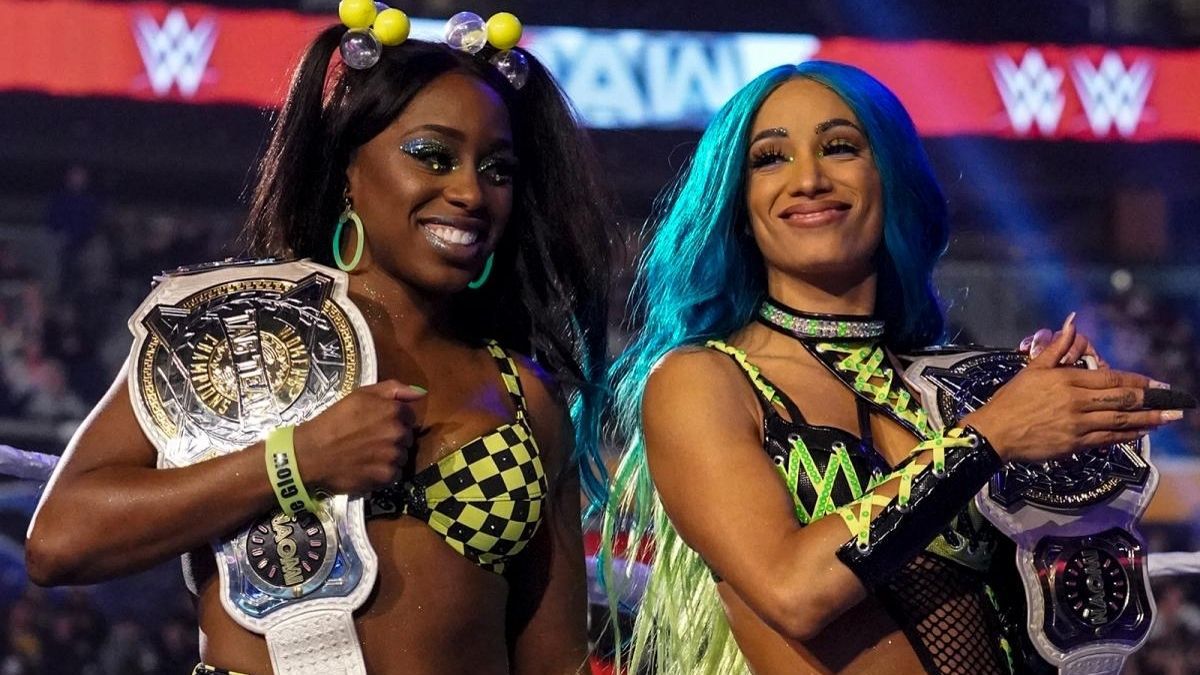 The ongoing situation between WWE, Sasha Banks and Naomi is certainly intriguing, and now a… 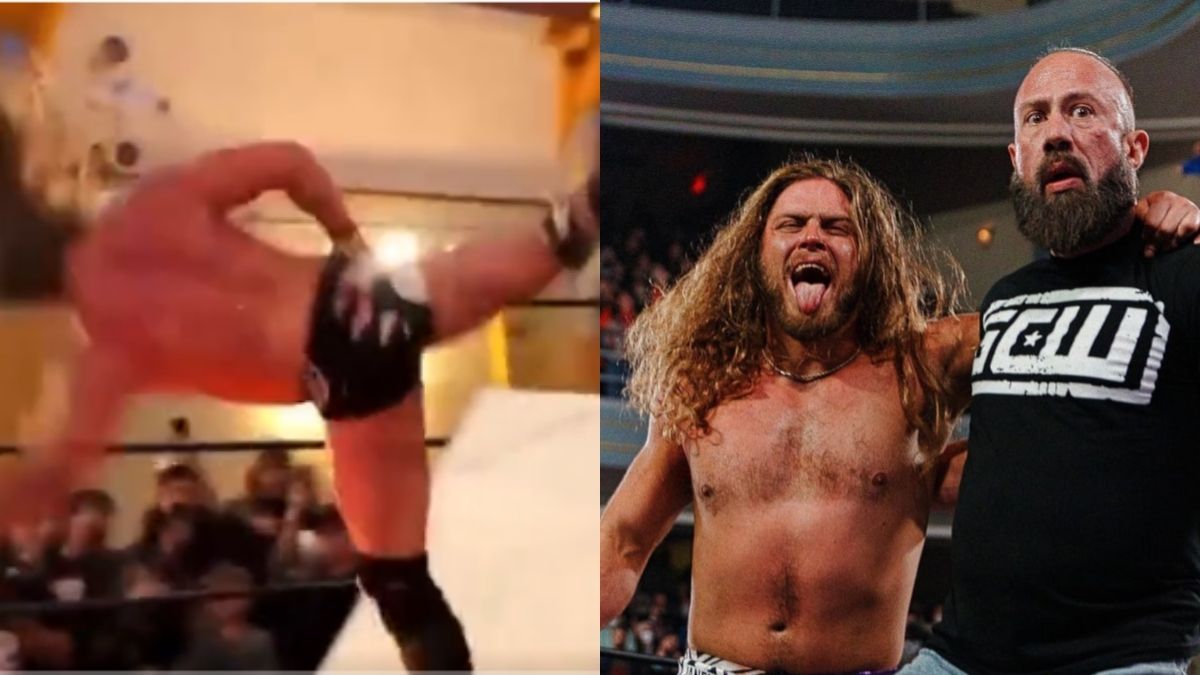 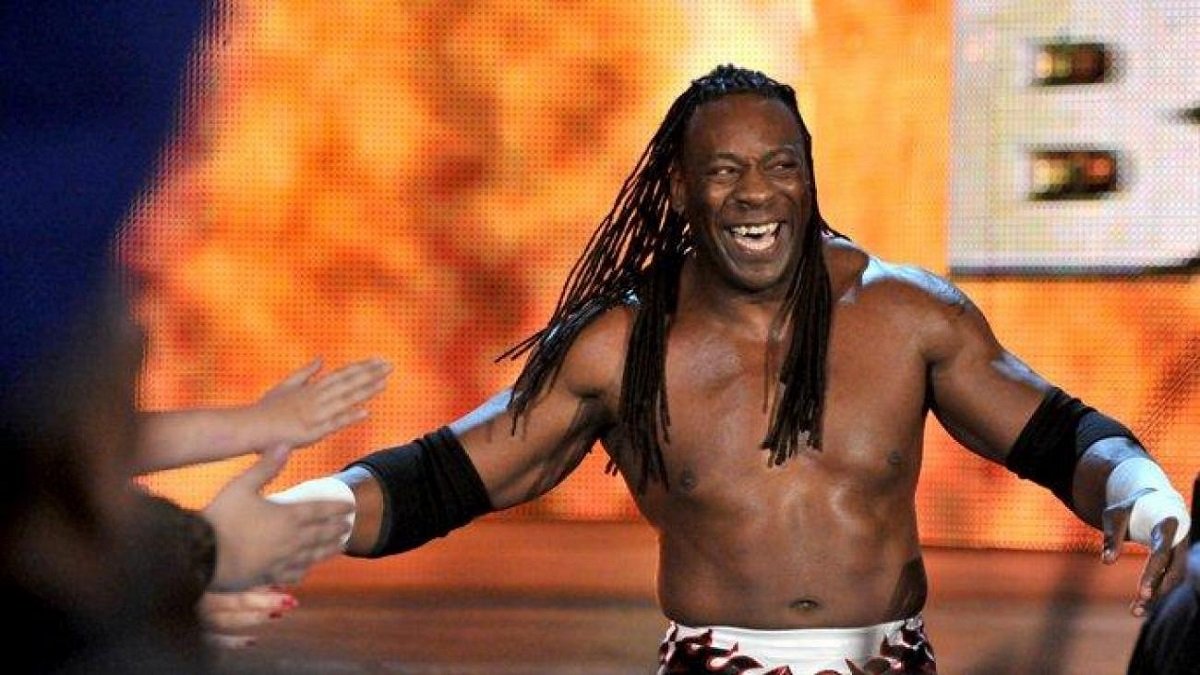 Hall of Famer compares AEW roster to WCW: “A lot of things get lost in the shuffle”

One of the biggest reasons behind the demise of WCW was its bloated roster. During… 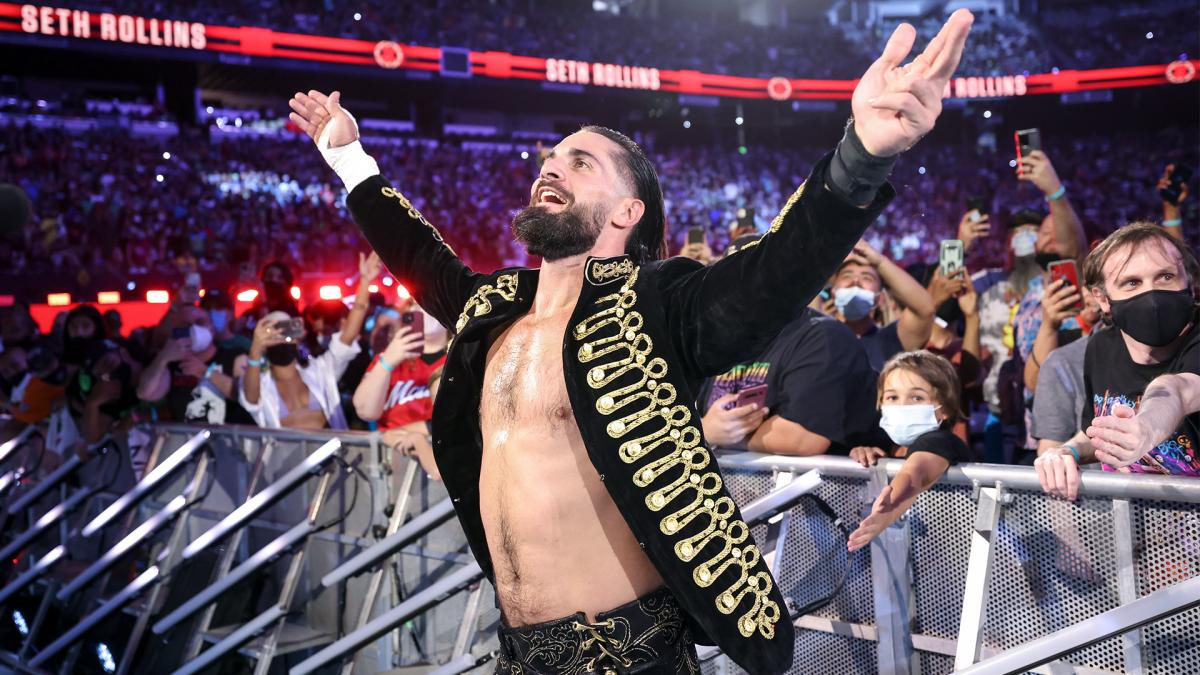 Seth Rollins fires back at Booker T for recent comments