Chris Benoit is a former professional wrestler, most famous for his time in WCW and WWE.

Born in Montreal, Benoit would discover a passion for wrestling and go on to join Stu Hart’s Stampede Wrestling promotion in 1985.

Following that he would move to Japan to join New Japan Pro Wrestling, where he would don a mask and become The Pegasus Kid. He would perform in acclaimed matches with the likes of Jushin Thunder Liger, Shinjiro Otani, Black Tiger, and El Samurai in the junior heavyweight division.

In August 1990, he won his first major championship, the IWGP Junior Heavyweight Championship, from Jushin Thunder Liger, but would later lose it, as well as his mask.

In 1992 Benoit returned to North America with World Championship Wrestling.

He would spent a short period there before joining ECW, with whom he would wrestle when not in Japan.

In a match with Sabu he would cause his opponent a legitimate neck injury and although Benoit was upset at hurting a colleague, Paul Heyman would subsequently give in the moniker of ‘Crippler’ which stayed with him throughout his career.

He would be known as ‘Crippler Benoit’ and ‘The Canadian Crippler’ among other aliases.

Benoit and Dean Malenko, who would become a close friend, won the ECW World Tag Team Championships which was his first official title win in the United States.

Upon returning to WCW he would be taken under the wing of Ric Flair and join a reformed Four Horsemen.

Benoit would subsequently enter a feud with Kevin Sullivan in which Sullivan’s real-life wife Nancy was involved. In Kayfabe, Benoit and Nancy were seen to be having an affair, but they spent so much time together protecting the business that real feelings developed, resulting in the Sullivan marriage ending.

Sullivan would blame Benoit for the break-up of his marriage, but the pair remained professional on screen.

Before that Benoit had already won the WCW World Television Championship from Booker T.

He would later win the United States Championship before forming ‘The Revolution’ faction alongside Malenko, Perry Saturn and Shane Douglas.

Around 2000 Benoit started making noise about wanting to leave the company due to a lack of opportunities, with WCW giving him the vacant World Championship to try and convince him to stay.

He would leave anyway, for rival company WWF.

Benoit, alongside Malenko, Saturn, and Eddie Guerrero would debut in the WWF/WWE as a heel faction known as ‘The Radicalz’, who aligned themselves with WWE Champion Triple H.

At Wrestlemania 2000, Benoit won his first title in the company when he defeated Kurt Angle and Chris Jericho for the Intercontinental Championship

Throughout 2000 and into 2001, he would feud with commissioner Mick Foley, The Rock and especially Chris Jericho, with whom he would enjoy one of the best rivalries of his career.

At Wrestlemania 17 he lost to Kurt Angle.

Benoit would subsequently team with former foe Jericho to win the Tag Team Championships and around this time he challenged Stone Cold Steve Austin for the WWF Championship, too, before suffering a neck injury that would put him out of action for a year.

Between 2002 and 2003, he would feature on both RAW and Smackdown and feud with the likes of John Cena, Brock Lesnar, Guerrero, and The Big Show.

Despite entering at number one Benoit won the 2004 Royal Rumble and went on to Wrestlemania 20 to defeat Triple H and Shawn Michaels for the World Heavyweight Championship, celebrating with best friend Guerrero afterwards.

He would eventually lose the title to Randy Orton at Summerslam.

Over the next few years Benoit would mostly be involved in the midcard, fighting for belts like the United States Championship which he would win, most notably in a ‘Best of’ series with Booker T.

After being drafted to the rebranded ECW, he failed to show up for a few events in a row in June of 2007.

When WWE officials contacted Benoit about his absence, he claimed he had to stay home with his wife Nancy (formerly Nancy Sullivan) and their young son Daniel, who were unwell.

When no further contact came, a ‘welfare check’ was made on the family home, and the responding officers entered the home to find the bodies of Benoit, Nancy, and Daniel.

It was determined that Benoit had murdered Nancy and Daniel before hanging himself, committing suicide.

Several reasons have been speculated about the motive for the murder, including steroid abuse and brain damage.

Tests were conducted on Benoit’s brain by Julian Bailes, the head of neurosurgery at West Virginia University, and results showed that “Benoit’s brain was so severely damaged it resembled the brain of an 85-year-old Alzheimer’s patient.

When the details of the deaths became apparent, WWE removed all mentions of Benoit from their programming.

The days before and after the murders were detailed in a Dark Side of the Ring documentary.

What is Chris Benoit’s height?

What is Chris Benoit’s real name?

What is Chris Benoit’s theme?

Chris Benoit’s theme song is known as ‘Whatever’.

What is Chris Benoit’s finisher?

Chris Benoit’s finisher was known as the ‘Crippler Crossface’. 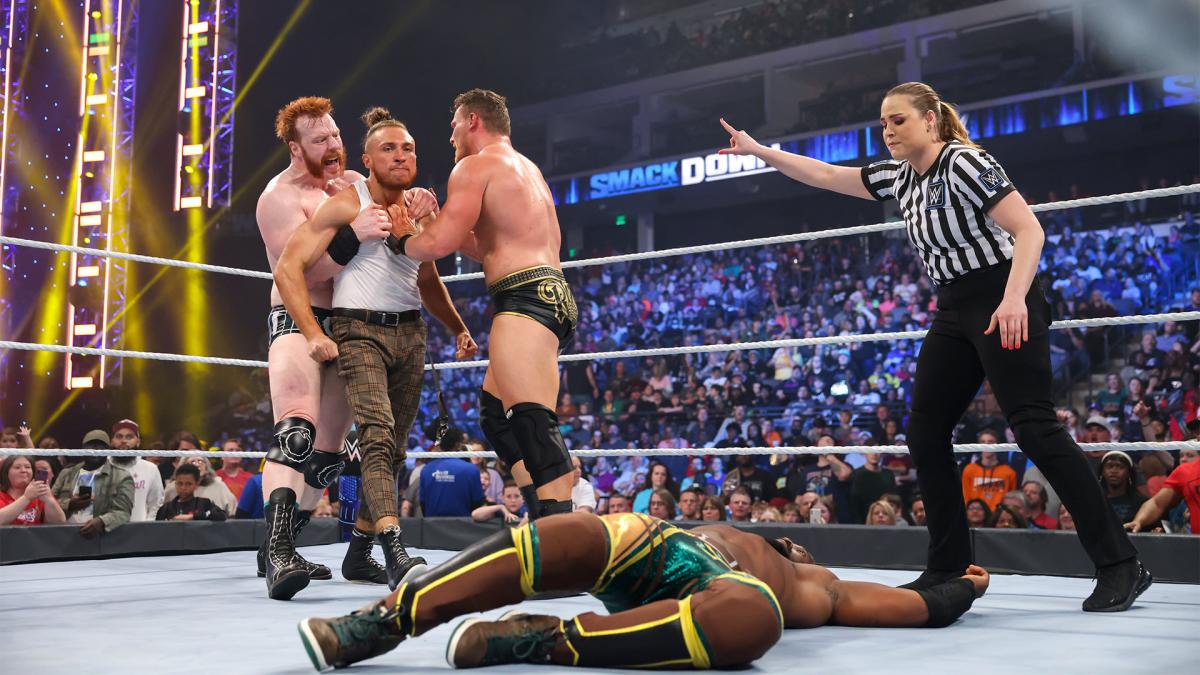 Strange Chris Benoit reference made on WWE SmackDown this week 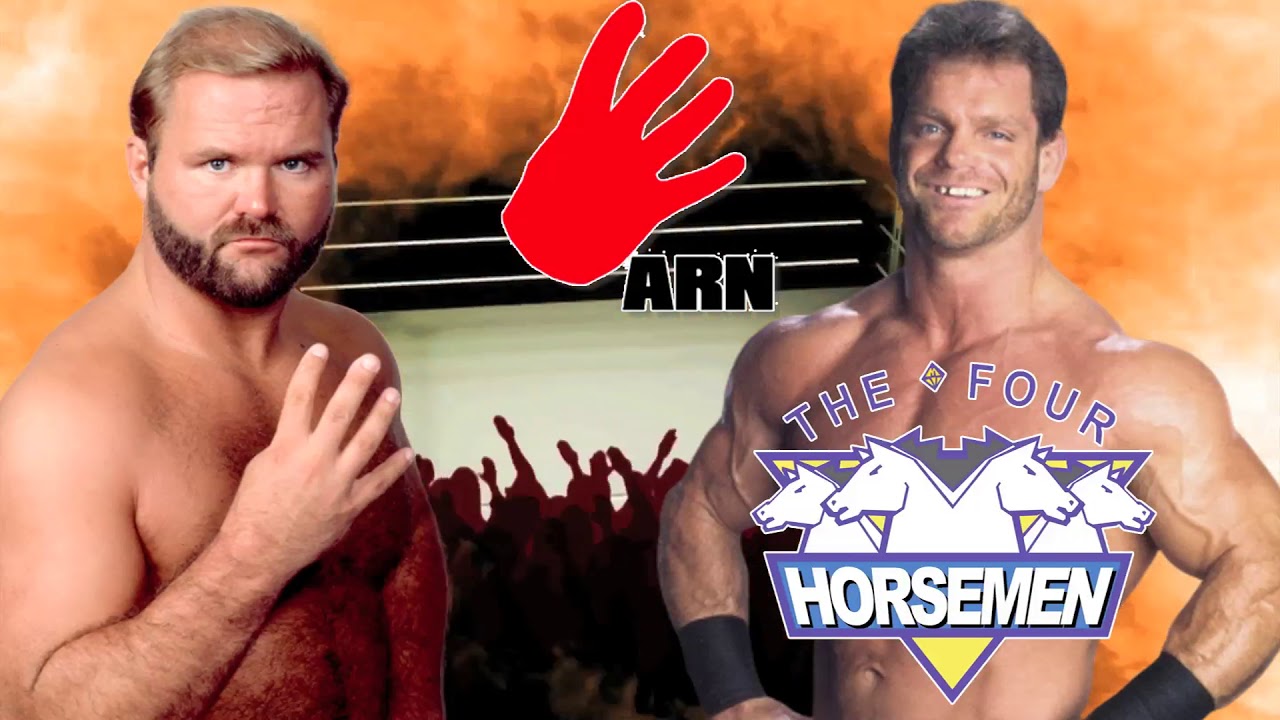