Mick Foley is a retired professional wrestler, having spent the most successful part of his career with WWE,

Foley is unique in the wrestling business in that he has had four hugely successful personas throughout his career – Mankind, Dude Love, Cactus Jack and simply a version of himself, Mick Foley.

Mankind played both as a babyface and a heel. A troubled mind who was prone to both moments of insanity as well as moments of comedy.

Dude Love was a lothario, while Cactus Jack was Foley’s most violent persona.

A wrestling fan, Foley would train as a professional wrestler while at college and was picked up by legendary promoter Bill Watts.

After wrestling around various independents he would join WCW where he would enjoy the first big feud of his career against Vader, including in a Texas Deathmatch under his Cactus Jack persona.

Thereafter, he would wrestler for ECW, the NWA and Smokey Mountain Wrestling.

Foley would subsequently fight in various events in Japan, including in an infamous No Ropes Barbed Wire Scramble Bunkhouse Deathmatch. It was the most violent match he had experienced at that point in his career.

Things would get even more violent in his next King of the Death Match with the IWA.

In one of the rounds of that match, Foley would be badly burned by C4 explosives, as well as suffer multiple lacerations from barbed wire and thumb tacks.

In 1996, he joined the WWF and as chairman Vince McMahon was not a fan of the Cactus Jack persona, the pair worked together to create the deranged Mankind character.

Foley’s first major feud with the company was with the Undertaker which led to the first ever Boiler Room Brawl at the 1996 edition of Summerslam, which Mankind would win.

The feud then continued with the first ever Buried Alive Match.

Shortly after, Foley would debut a new gimmick as Dude Love, a hippy-inspired character. He would team with Stone Cold Steve Austin and win the Tag Team Championships/

At the 1998 Royal Rumble he would make history by being the first, and still the only, wrestler to ever enter the match under three personas – Cactus Jack, Mankind and Dude Love.

After failing to defeat Austin for the WWF Championship, Dude Love reverted back to his Mankind gimmick to feud with The Undertaker again.

The pair would subsequently take part in one of the most infamous matches of all time at the 1998 King of the Ring. Inside Hell in a Cell, Mankind and ‘Taker brutalised each other, with Mankind being thrown off the top of the cell, only to return, and be chokeslammed through the roof of the cell.

Foley would later change Mankind from a serious character into a more comedic one and would go into a programme with Vince McMahon.

In one segment between the pair, Mankind would debut ‘Mr Socko’, a sock he would put on his hand and sometimes use for a more effective Mandible Claw.

McMahon was manipulating Mankind, and eventually turned on him at Survivor Series, with The Rock turning heel to win the WWF Championship.

On 29 December 1998, Mankind defeated The Rock to win his first WWF Championship on Monday Night Raw with the help of Stone Cold.

That proved to be a significant moment in the history of professional wrestling as in an attempt to get one over the WWF during the Monday Night Wars, WCW announcer Tony Schiavone announced the result of the pre-taped title match on RAW while live on air on Monday Nitro.

Fans switched shows in their waves to watch Mankind win the title, and WCW would never defeat WWF in the ratings again thereafter.

Mankind would go on to lose the title to The Rock in an ‘I Quit Match’ at the Royal Rumble but win it back in a special Halftime Head match during the break of Super Bowl XXXIII.

After a Last Manding Standing Match between the pair ended in a draw, Mankind would lose the Championship again in a Ladder Match to The Great One thanks to interference from Paul Wight.

He would form part of The Union to take on the corporation for a short period before a kayfabe injury.

Upon returning, he would take part in one of the most memorable stages of his career, forming The Rock n Sock Connection with The Rock. The pair would win the Tag Team Championships and be involved in the highest-rated segment in RAW’s history, with Mankind presenting a ‘This Is Your Life’ style presentation to his team-mate.

At Summerslam in 1999, he would win the WWF Championship again in a triple threat match against Austin and Triple H.

After a few months of back and forth, the feud would continue with Mankind taking on the now-formed McMahon-Helmsley Faction.

After being fired in kayfabe by Triple H, Mankind would return and challenge The Game for a WWF Championship match at the 2000 Royal Rumble

Now in his Cactus Jack persona, he would lose the match to the game in brutal fashion, being Pedigreed onto thumb tacks.

At No Way Out, Foley put his career on the line in a losing effort against Triple H inside Hell in a Cell.

He would retire only to make a comeback at Wrestlemania 2000.

Throughout 2000, he would act as the Commissioner of RAW, involving himself in various feuds and storylines.

After leaving the company in 2001, he took a sabbatical before spending a short period with Ring of Honour.

In 2003 he returned to take part in a feud with Randy Orton, which led to two-on-three Handicap Match at Wrestlemania as The Rock n Sock Connection took on Evolution, and a Hardcore Match at Backlash.

Throughout the mid-late 2000s he would spend some time as  colour commentator on Smackdown but would finally achieve his ‘Wrestlemania Moment’ in a brutal No Holds Barred Match against Edge At Wrestlemania 22 which ended with him being speared through a flaming table.

At the 2009 edition of Lockdown, he defeated Sting to win the TNA World Championship.

He would feud with various names like AJ Styles, Kurt Angle, and Hulk Hogan during his time with the company.

Over the last decade he has made various sporadic appearances with WWE and acted as the General Manager of RAW.

Any appearances he makes now are split between other ventures as well as his stand up comedy career.

He was inducted into the WWE Hall of Fame in 2013.

Who is Mick Foley married to?

Mick Foley has been married to wife Colette since 1992. They have three children.

What is Mick Foley’s net worth?

Mick Foley’s net worth is estimated to be around $14 million.

What is Mick Foley’s theme?

What is Mick Foley’s finisher?

Mick Foley’s finisher is usually ‘the double-arm DDT’ or the ‘Mandible Claw’. 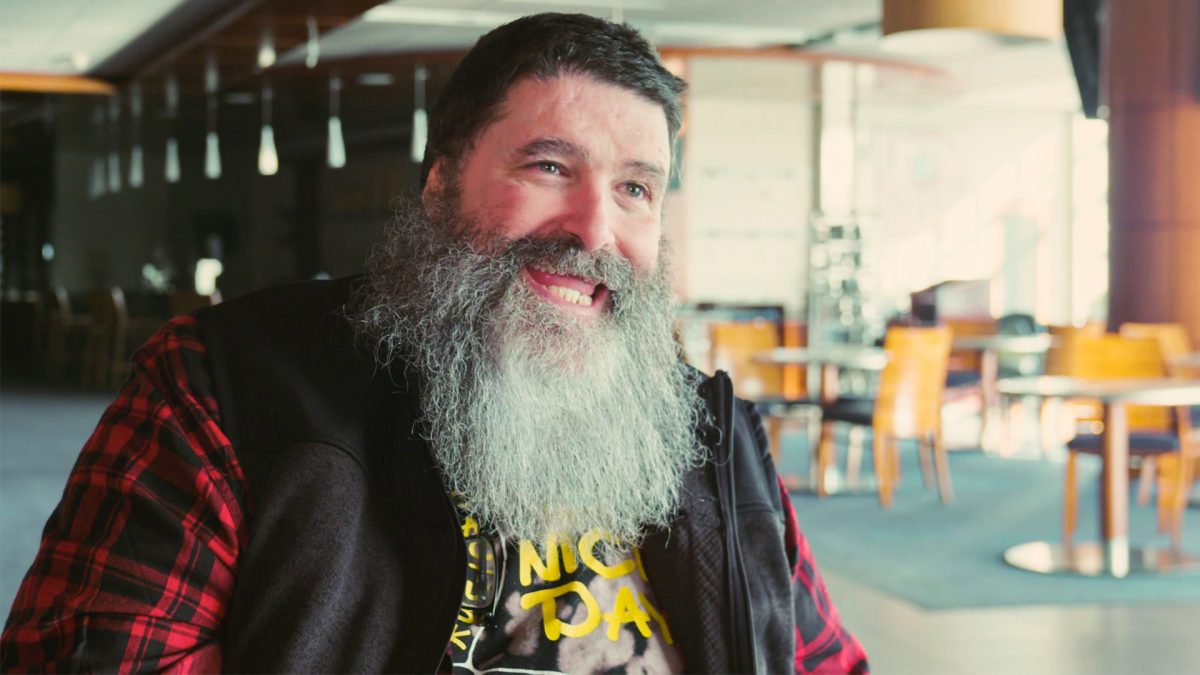 Mick Foley reveals how he almost stepped out of retirement

WWE Hall of Famer Mick Foley had announced his retirement in 2012. He had previously planned…

Mick Foley reveals the five worst injuries of his career 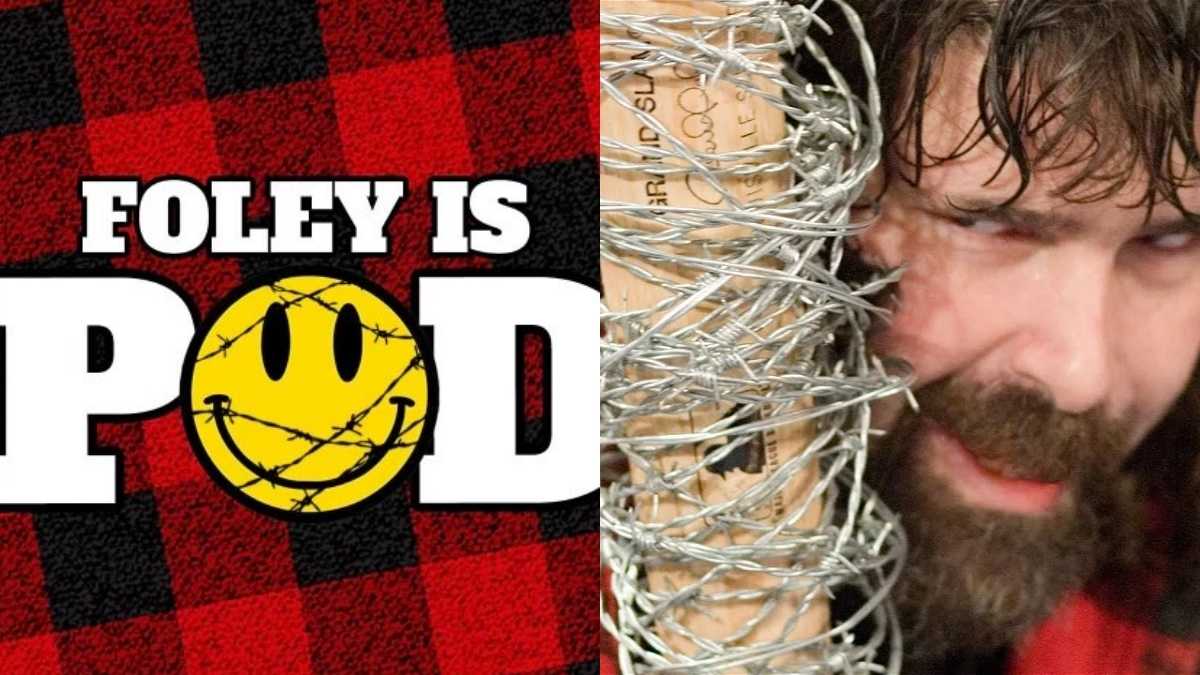 Mick Foley confirms that he is starting a new podcast