Shawn Michaels is a retired professional wrestler, widely regarded as one of the greatest all-round performers of all time.

Michaels, nicknamed ‘The Heartbreak Kid’, is regularly mentioned in conversations when discussing the best of all time, particularly after his critically-acclaimed second run with WWE.

In his early career, HBK worked for organisations such as the NWA, Texas All Star Wrestling, and the AWA before eventually making his way to WWF/WWE.

Michaels’ first period within the company saw him earn success as a tag team wrestler as one half of The Rockers along with Marty Jannetty.

The popular duo would break up during an infamous Barber Shop segment from Brutus Beefcake which saw Michaels turn on Jannetty by super kicking him and then throwing him head-first through a glass window.

Michaels was now a heel and had adopted the villainous ‘Sexy Boy’ persona.

A short feud with Jannetty would commence in which Michaels would lose his Intercontinental Championship, but he would soon hit stardom during a feud with Razor Ramon.

At Wrestlemania 10, the pair would do battle in a Ladder Match for the vacated Intercontinental Championship, and although HBK lost, the match was met with acclaim and was the first ever WWE match to receive five stars from the Wrestling Observer Newsletter.

After Wrestlemania 11 in which he lost to Diesel, Michaels would take time off at the request of Vince McMahon, who expressed a desire for him to return as a babyface.

He would eventually win the 1996 Royal Rumble, setting up a match with Bret Hart at Wrestlemania 12, with the Hitman set to become his arch rival. Michaels won the 60-minute Ironman Match in extra-time after the pair were tied after the regulated hour.

Around this time, Michaels would form a real-life friend group known as The Kliq with Razor Ramon, Kevin Nash, Sean Waltman, and eventually Triple H. The group would be involved in the infamous ‘Curtain Call’ which saw kayfabe broken – a major mistake in the eyes of management in those days.

He would continue his feud with Hart both in and away from the ring, with the pair having real-life heat behind the scenes as they both competed for the number one spot in the company.

The feud would culminate in one of the most infamous matches of all time, now known as the Montreal Screwjob. As Hart was reportedly set to leave the company yet refused to give up the belt to HBK, Vince McMahon orchestrated a plan to screw Hart through a fake tap-out as Michaels won the championship.

Ahead of that match, Michaels had formed D-Generation X along with Triple H, Chyna, and Rick Rude.

At the 1998 Royal Rumble, Michaels suffered a legitimate back injury in a Casket Match against the Undertaker, whom he had previously faced in the first ever Hell in a Cell Match.

Michaels herniated two discs and crushed one completely, leading to his first retirement after Wrestlemania 14 after he lost the WWE Championship to Stone Cold Steve Austin in a match officiated by Mike Tyson.

In his time away from the ring WWE, he opened the Shawn Michaels Wrestling Academy, though in his four-year hiatus he would make some television appearances as WWE commissioner.

In 2002, he made his long awaited comeback to WWE as a member of the NWO. Shortly after that group disbanded he reunited with friend Triple H to form a new DX, only to be betrayed by him which led to a vicious feud between the pair.

He would face Triple H in an unsanctioned match at Summerslam before eventually winning his first ever World Heavyweight Championship inside the first ever Elimination Chamber match at the 2002 edition of Survivor Series.

He lost the title a month later in a Three Stages of Hell Match.

HBK would then defeat Chris Jericho at Wrestlemania 19 before being involved in the World Heavyweight Championship Triple Threat match at Wrestlemania 20 in a losing effort against Triple H and Chris Benoit.

At Wrestlemania 21 he would take part in one of the greatest matches of all time against Kurt Angle, eventually losing after tapping out to the ankle lock.

In 2006, HBK became involved in a feud with McMahon which would lead to a match at Wrestlemania 22 and eventually the reformation of DX with Triple H.

DX would feud with the McMahon family and Rated RKO before Triple H’s injury ended the reunion.

Thereafter, Michaels would get involved in acclaimed feuds with Chris Jericho, John Cena, and eventually Ric Flair, whom he retired at Wrestlemania 24.

At Wrestlemania 25, Michaels would take part in what is widely considered to be one of, if not the best professional wrestling match in history against the Undertaker.

In the rematch a year later, he would be retired by the Deadman.

Michaels would make numerous subsequent appearances as an on-screen presence and now plays a major coaching role in NXT.

He made a comeback from retirement at WWE Crown Jewel, but the less said about that, the better.

What is Shawn Michaels’ height?

What is Shawn Michaels’ real name?

Who is Shawn Michaels’ married to?

What is Shawn Michaels’ net worth?

Shawn Michaels’ net worth is estimated to be around $17 million.

What is Shawn Michaels’ theme?

Shawn Michaels’ theme is ‘Sexy Boy’ sung by himself.

What is Shawn Michaels’ finisher? 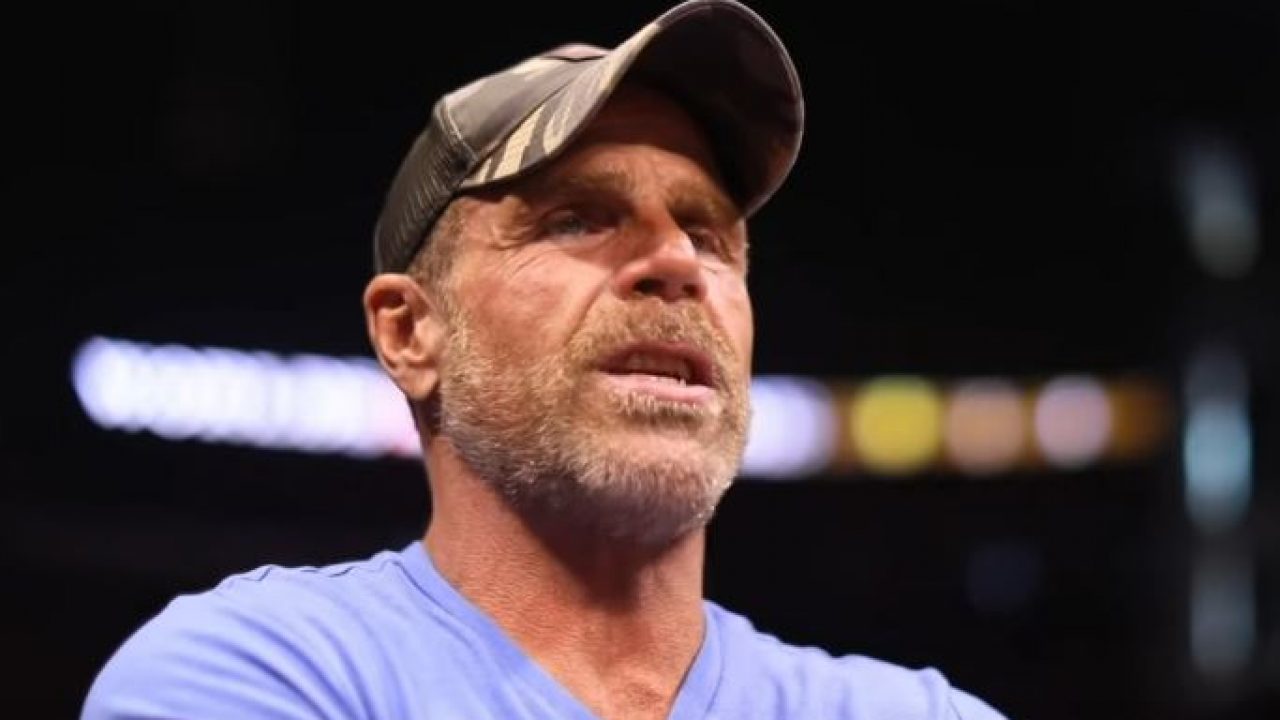 Shawn Michaels labeled as ‘d**k’ for messing up a match 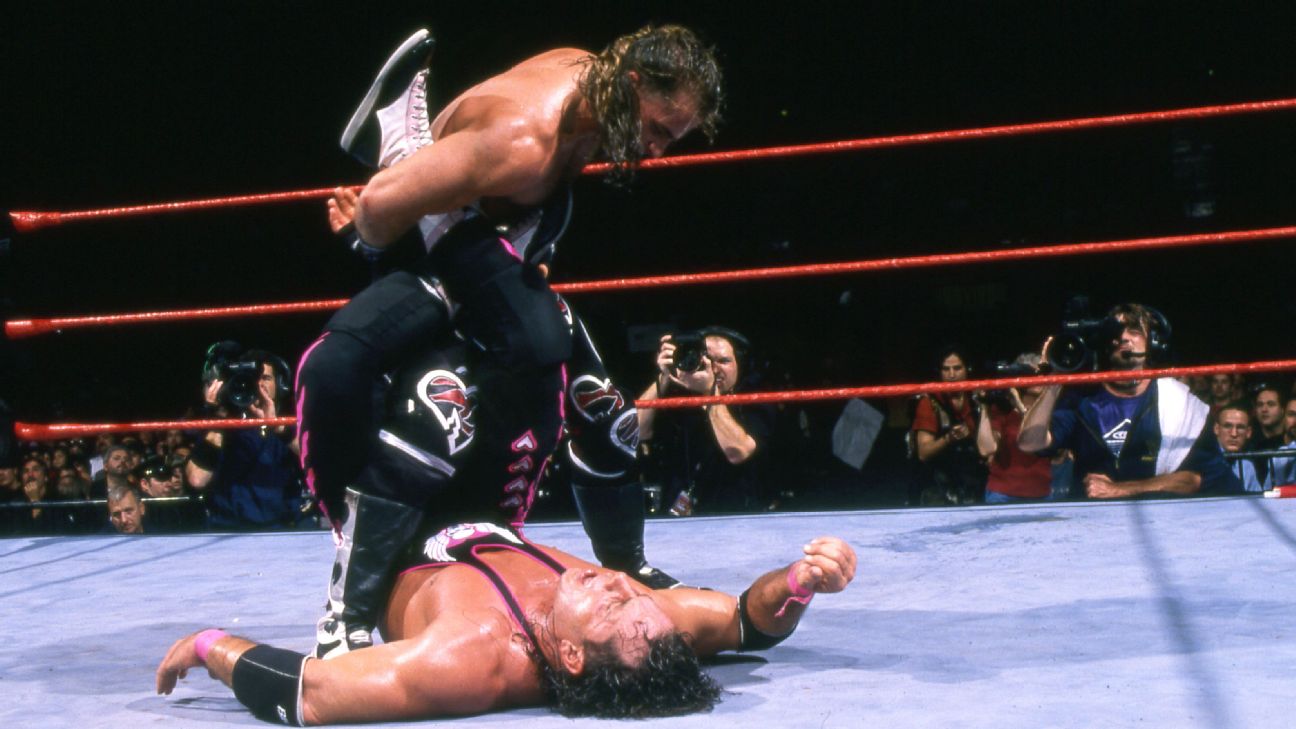 Montreal Screwjob remains to be one of the darkest chapters in pro wrestling history. WWE… 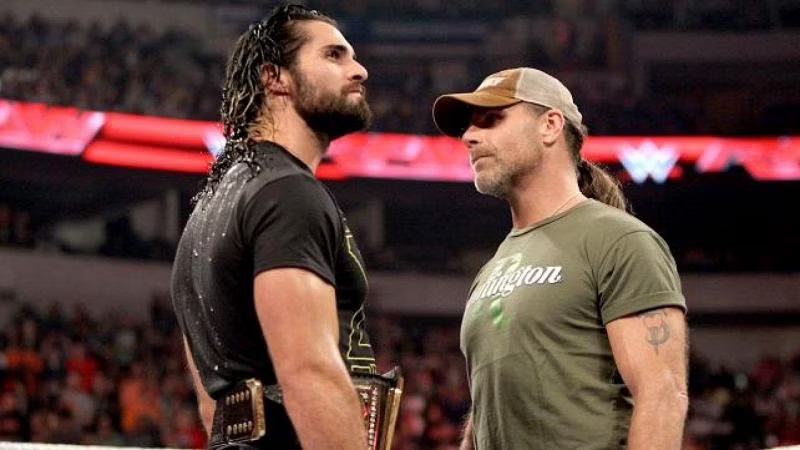 Seth Rollins Compared To Shawn Michaels: ‘He’s Got The Same Kind Of Talent’

When it comes to wrestling, Shawn Michaels is one of the best, if not the…