The Rock is a retired professional wrestler, having spent the entirety of his career with WWE.

He is known as being one of the most popular superstars in the history of WWE, particularly in his time during the Attitude Era, with his popularity continuing after he left the company to pursue an acting career.

After a career in the NFL failed to take off, The Rock would eventually go into the family business of professional wrestling.

The Rock’s father, Rocky Johnson, was a wrestler with the NWA and WWF, while his grandfather was High Chief Peter Maivia of Samoan heritage.

He is one of only a few third-generation wrestlers to become a superstar with WWE.

His push as a traditional babyface did not go down well with fans, who began chanting things like “die Rocky die”.

This let to a gimmick change, as he would change his name to The Rock and start dressing in more traditional attire – a major alteration from his flamboyant persona previously.

He would join the Nation of Domination alongside Faarooq, D’Lo Brown, Mark Henry, and Kama. Though initially a lieutenant of leader Faarooq, Rock would eventually usurp him to become the leader of the group before it disbanded in 1998.

The Rock was not a babyface, but that didn’t last long as he quickly turned heel again, aligning himself with Vince McMahon and the Corporation, thus becoming the ‘Corporate Champion’ after winning the WWF Championship.

It was around this time that Rock started a famous feud with Mankind in which they would face each other in a televised match at half-time in the Superbowl, as well as a violent ‘I Quit’ match at the Royal Rumble.

The Rock would subsequently become involved in the defining feud of his career with Stone Cold Steve Austin. The duo would battle on their way to Wrestlemania, getting involved in various promos, some of which included beer trucks, hearses, and rivers.

He would lose the WWF Championship to Austin at Wrestlemania 15 and the rematch at Backlash, which would catalyse a face turn to make him the top star in the company.

Throughout the latter part of 1999, The Rock would often find himself as an ally to Austin against the likes of the McMahon family, Triple H, and The Undertaker.

With Austin subsequently taking time off, this would allow The Rock to reach true superstardom, and in the year 2000 he would main event 38/52 RAW episodes – a record which still stands to this day.

Throughout 2000 he would feud with Triple H and the McMahon-Helmsley faction, The Big Show, and Kurt Angle, facing The Game in some capacity at various PPVs including Wrestlemania Backlash, Judgement Day, and King of the Ring and Armageddon.

He would win the WWF Championship again versus Kurt Angle at the 2001 edition of No Way Out, which set up another match against Austin at Wrestlemania 17. It is regarded as one of the greatest Wrestlemania events of all time.

After losing that match, he would take a hiatus from the company.

Upon his return, he would be involved in the invasion angle and win the WCW Championship, as well as the Winner Takes All Survivor Series match between the WWF, ECW and WCW.

At Wrestlemania 18, he took part in one of the most famous matches in history, taking on the returning Hollywood Hulk Hogan, who had previously made his way back to the WWF from WCW as part of the New World Order.

He would win the match in Toronto, but the crowd was hugely in favour of Hogan, which started Rock’s return to a heel status.

He would be involved in various feuds in 2003 and 2004 and most notably retired Austin a match at Wrestlemania 19.

After a seven-year hiatus, The Rock returned to WWE to be named as the host of Wrestlemania 27, and it was from then he started a feud with John Cena. After Rock cost Cena the title, the pair would face each other in consecutive Wrestlemania matches, with each gaining a win.

In between the feud with Cena was a feud with CM Punk in which he won the WWE World Heavyweight Championship again.

The Rock made his feature film debut in a small role in 2001’s The Mummy Returns, which subsequently saw him star in the same role, a starring role, in the Scorpion King.

He has gone on to become one of the most famous and highest-paid actors on the planet, and is now part of billion-dollar franchises like Jumanji and The Fast and the Furious.

Since 2021, he has produced and starred as an adult version of himself in the NBC sitcom, Young Rock – an autobiographical tale of his time as a youngster dealing with his Samoan mother and wrestler father.

He has also starred in the HBO series Ballers.

Who is The Rock’s daughter?

The Rock has two daughters from his second marriage, Jasmine and Tiana.

However, his first daughter Simone Johnson is training to become a professional wrestler, and is set to be the first ever fourth-generation superstar within WWE.

What is The Rock’s height?

The Rock’s height is six-feet-five-inches tall.

What is The Rock’s real name?

Who is The Rock married to?

The Rock is married to Lauren Hashian.

What is The Rock’s net worth?

The Rock’s net worth is reported to be around $400 million.

What is The Rock’s theme?

The Rock has had numerous incarnations of his theme song, with the latest being ‘Electrifying’.

What is The Rock’s finisher? 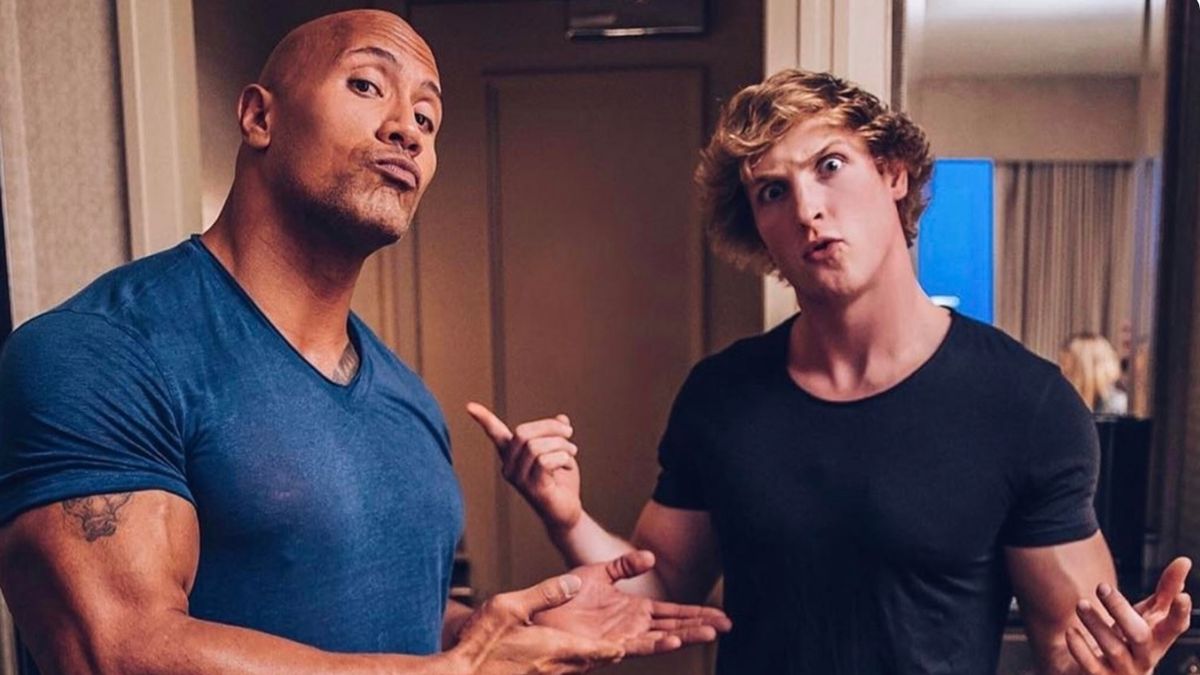 Logan Paul reveals why The Rock cut ties with him 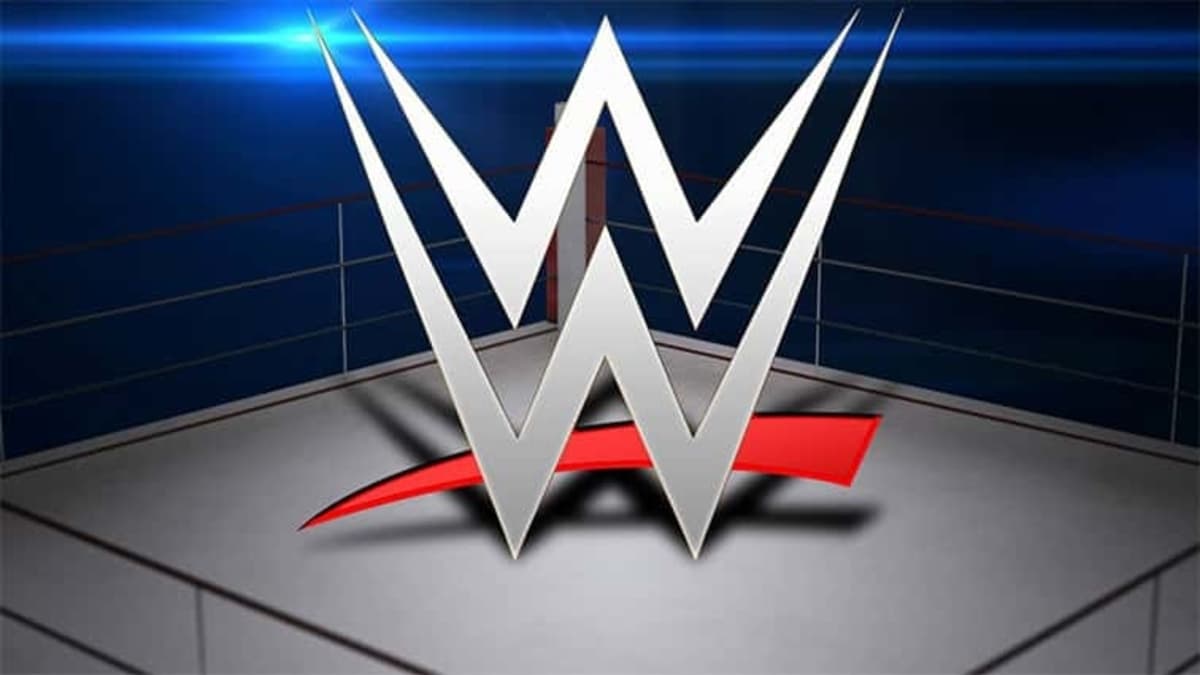 WWE appears to have changed the name of one of their NXT 2.0 Superstars, but… 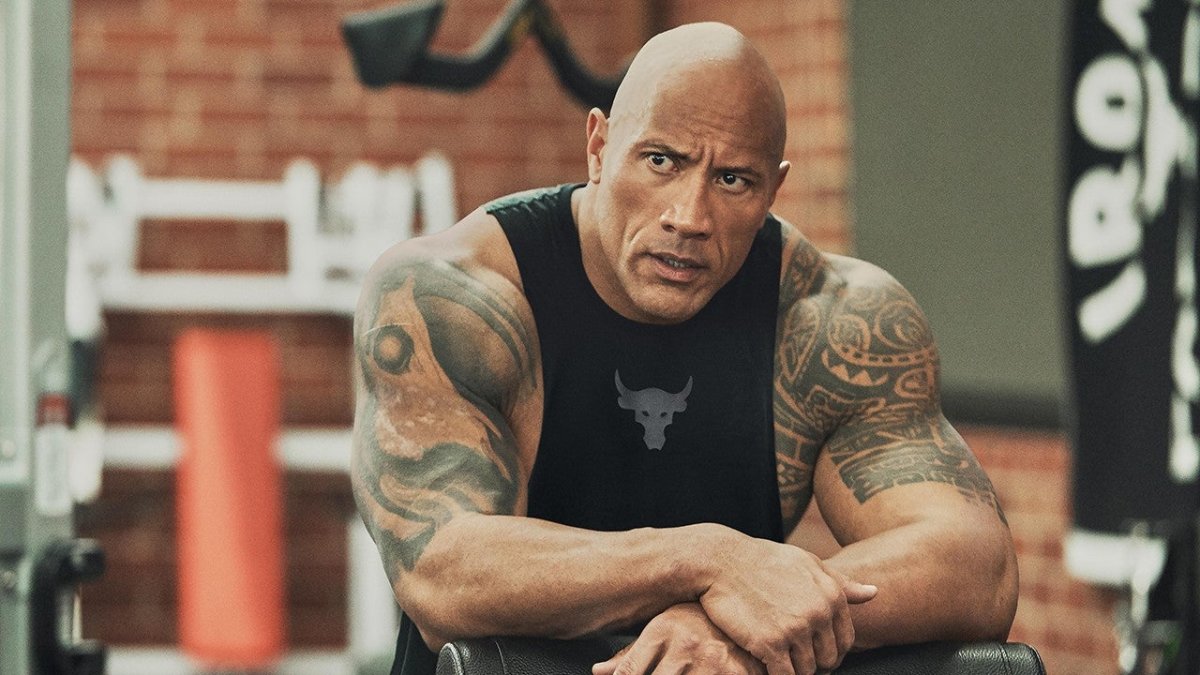 The Rock is one of the top stars of the Attitude Era. He has been… 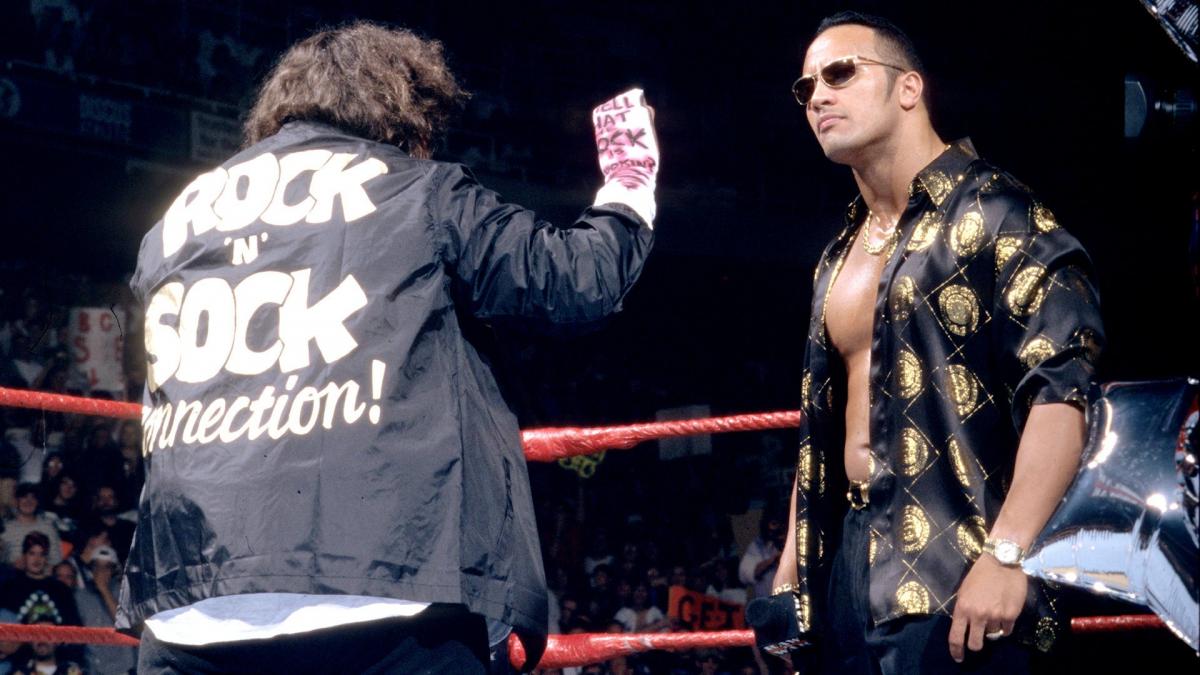 The Rock: AEW star reveals if comparisons ‘bother’ them

The Rock offered a match upon his return

Ric Flair reveals health issues ahead of his last match