The Undertaker is a retired professional wrestler, having spent the majority of his career with WWE on various schedules between 1990 and 2020.

He is one of the most celebrated, respected, and famous wrestlers in the history of WWE or any company, and is widely regarded as one of the greatest performers of all-time, perhaps with the best gimmick of all-time.

After a small period with WCW and other independent promotions, The Undertaker eventually made his way to WWE in 1990 where he would make his full PPV debut at Survivor Series as a heel partner for Ted DiBiasie.

The Undertaker’s gimmick was a darker one that what WWE fans were used to at the time, as he would often incorporate the theme of death into his performances and promos, which led to such nicknames as the ‘Prince of Darkness’ during the Attitude Era.

At the 1991 edition of Survivor Series, Taker would win his first WWF Championship after defeating Hulk Hogan with an assist from Ric Flair.

Throughout the 1990s, he would remain a key part of WWE’s roster despite continued attempts by WCW to get him to switch brands during the Monday Night Wars.

In 1997, he would take part in the first ever Hell in a Cell match against Shawn Michaels.

During this match we would see the debut of The Undertaker’s long lost brother, Kane, who debuted with fire pyrotechnics in the ring and a black and red mask.

Kane was escorted to the ring by Paul Bearer, and both of these men would play an integral role in the Undertaker’s career over the next 30 years both as enemies and allies.

In 1998, he took part in one of the most faces wrestling matches of all time against Mankind at King of the Ring. Inside Hell in a Cell, the pair would brutalise each other, with Mankind being tossed off the top of the cell and chokeslammed through the roof, leading to multiple, serious injuries.

The match is one of the most famous, and infamous in history.

Towards the end of the 1990s he adopted his ‘Prince of Darkness’ heel persona, creating the heel faction the Corporate Ministry in the process.

Throughout this time, he would feud with Vince McMahon, The Rock, and Stone Cold Steve Austin.

After a legitimate injury to his pectoral muscle, he was written off WWE programming for eight months.

He would eventually return with new entrance music, new ring gear, and a deviation away from his dark persona, though still retaining the name The Undertaker. His return at Judgement Day in 2000 was met with acclaim as he interfered in the Ironman Match between Triple H and The Rock.

His American Badass persona lasted for the next few years, and in this time he would again with the Undisputed WWE Championship, involving himself in memorable feuds with the likes of Kurt Angle, Ric Flair, and Brock Lesnar.

At the request of Vince McMahon, his phenom persona returned at Wrestlemania 20 when he defeated Kane.

It would be the period over the next 10 years that The Undertaker would take part in the most acclaimed matches of his career, with his fitness, agility, and strength seemingly at their peak.

World championships would follow before he started working a more part-time schedule.

In consecutive Wrestlemanias he would face Shawn Michaels in two of the most famous and critically-acclaimed matches in WWE history, eventually retiring HBK at Wrestlemania 26.

In the latter years of his career his time would mostly be spent in Wrestlemania programmes with the likes of Triple H, CM Punk, Bray Wyatt, Roman Reigns, and AJ Styles.

In the 2020 edition of Survivor Series, his official retirement was confirmed.

Outside of the ring, Taker is well-respected and is often described as a locker room leader.

Indeed, he is said to be the judge of the fabled ‘Wrestler’s Court’ – meetings which are created to solve disputes between talent.

Vince McMahon would say of The Undertaker in 2020:

“Undertaker, Mark Calaway, is the most loyal performer I’ve ever dealt with.

“He is the kind of man you’d want literally in the foxhole with you.”

The Undertaker’s Wrestlemania streak started with his first win against Superfly Jimmy Snuka and ended at the hands of Brock Lesnar at Wrestlemania 30.

He has won 21 matches in a row before the match against Lesnar, in which Taker suffered a legitimate concussion.

Taker would continue to fight at Wrestlemania after the streak ended and he would eventually lose to Reigns, too.

Following his victory against AJ Styles in the ‘Boneyard’ match, his Wrestlemania record stands at 25 wins and two losses.

What is The Undertaker’s height?

The Undertaker’s height is six-feet-10-inches tall.

What is The Undertaker’s real name?

Who is The Undertaker married to?

The Undertaker is married to former WWE wrestler Michelle McCool.

What is The Undertaker’s net worth?

The Undertaker’s net worth is reported to be around $17 million.

What is The Undertaker’s theme?

In his American Badass phase the Undertaker came to the ring to Limp Bitzkit’s ‘Rollin’ and Kid Rock’s ‘American Badass’ but for the majority of his career in his phenom persona he has used ‘Rest in Peace’ by WWE composer Joe Johnston.

What is The Undertaker’s finisher?

The Undertaker’s finisher is either the Tombstone Pildriver or the Last Ride. 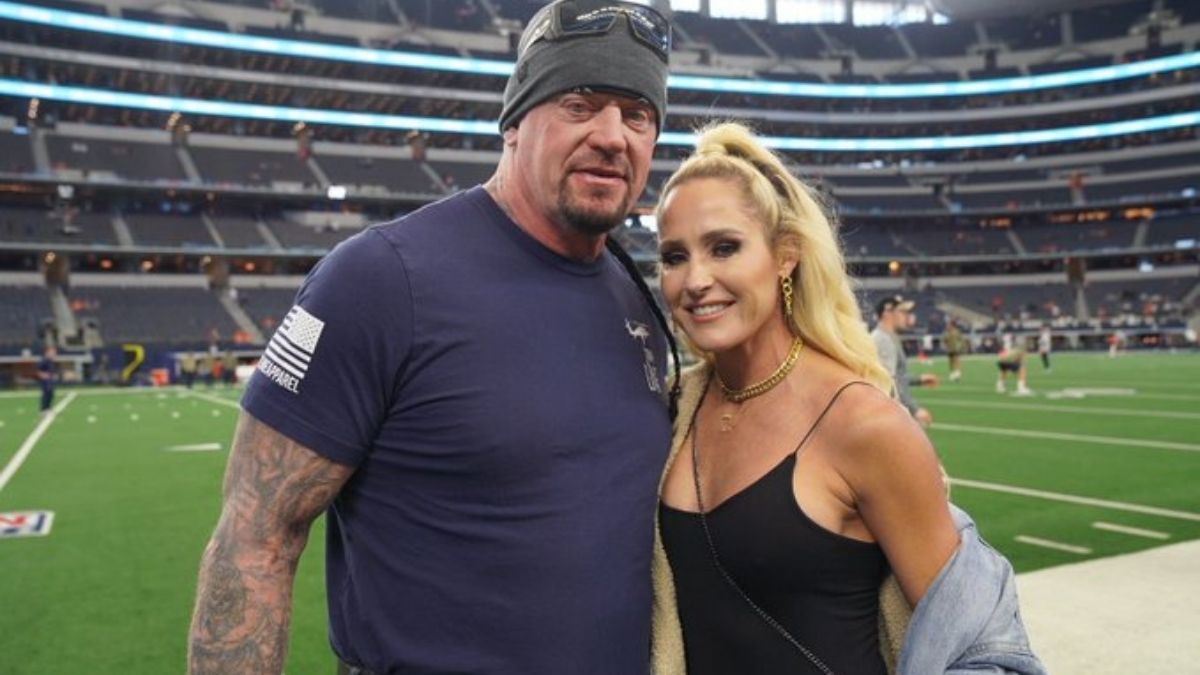 The Undertaker once nixed a WWE story for Michelle McCool

The Undertaker hypes up Tyson Fury ahead of Heavyweight fight 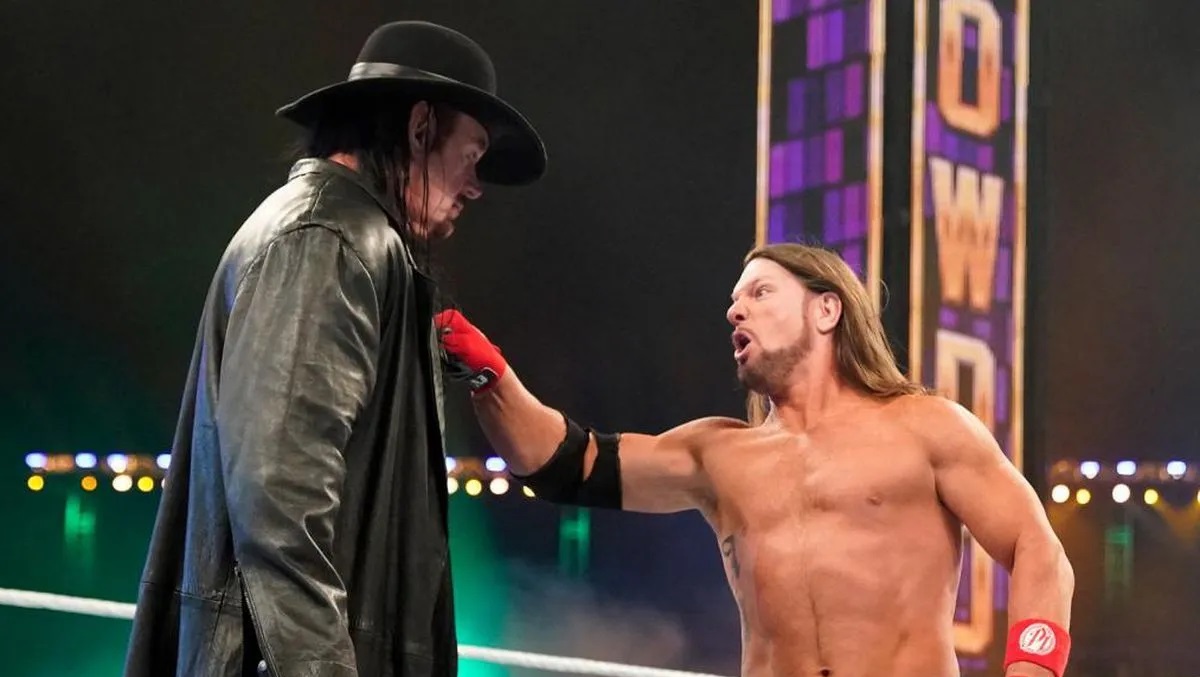 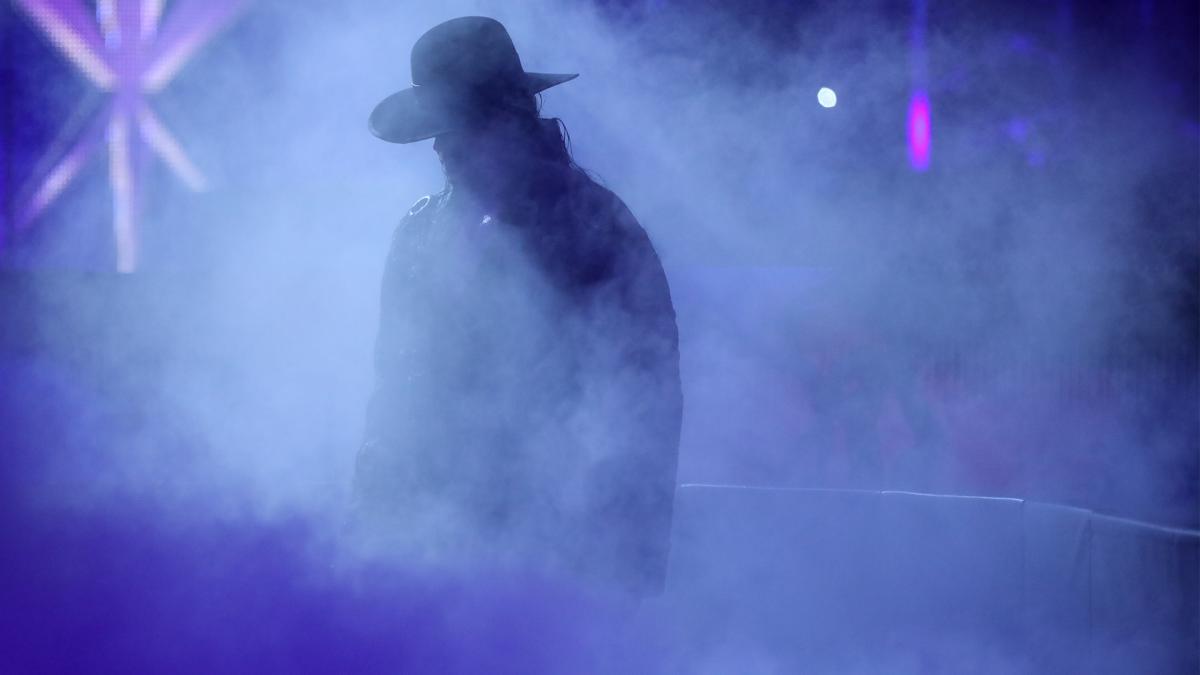 The Undertaker: “Never Say Never” when it comes to another match 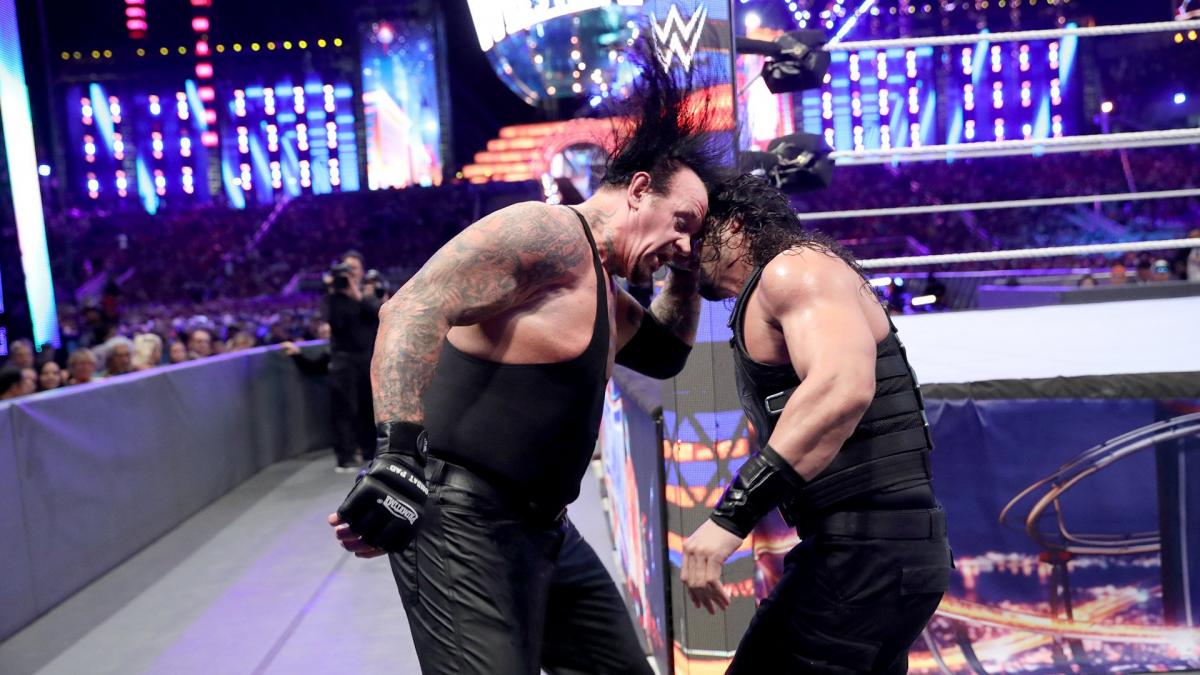 The Undertaker still can’t get over terrible Roman Reigns match