Trish Stratus is a semi-retired professional wrestler, known as being one of the greatest and most popular female superstars of all time.

Stratus started as a fitness model before eventually making her debut for the WWF in 2000 as a heel manager of Test and Albert (T&A).

She would eventually make her in ring debut and become involved in a feud with Lita, who would become her biggest career adversary.

After unsuccessfully attempting to win the WWF Women’s Championship, Stratus became involved in a storyline with Vince McMahon.

After initially acting in a plutonic capacity, the pair eventually got romantic, with McMahon treating Stratus as a sexual object – even in front of his wife Linda McMahon.

The storyline was controversial at the time, but it came to a head at Wrestlemania 17 when Stratus turned on Vince and attacked Stephanie McMahon, allowing Shane McMahon to defeat his father in a street fight.

After an ankle injury in 2001, Stratus returned at Survivor Series to win her first ever WWE Women’s Championship.

At Wrestlemania 18, she competed in a triple threat match against Lita and Jazz, but was unsuccessful in winning.

Around this time she won the Hardcore Championship under its 24/7 rules, but lost it not long later to Steven Richards.

She would subsequently win the Women’s title again in a tag team match alongside Bubby Ray Dudley against Jazz and Richards.

Stratus would become involved in an on-screen relationship with Jeff Hardy, but the storyline was cut short when Hardy was released.

At Wrestlemania 19, she won her fourth Women’s Championship by defeating Jazz and Victoria.

In 2003 she and Lita became involved romantically with Chris Jericho and Christian, which even led to a Battle of the Sexes tag team match.

Eventually, in a match between Jericho and Christian at Wrestlemania 20, she turned heel by turning on Jericho.

In 2004, Stratus and Lita would make history by becoming the first two women to main event an episode of RAW in a singles match for the Women’s Championship.

Stratus won her sixth championship at the 2006 edition of New Year’s Revolution. She was scheduled to drop the belt to Lita at Wrestlemania 21, but due to an injury to the latter she ended up facing Christy Hemme in a winning effort.

Stratus would eventually become involved in a controversial storyline with the debuting Mickie James, who joined the company claiming to be Stratus’ biggest fan.

A lesbian arc was placed on the feud when James kissed Stratus, taking her aback.

At Wrestlemania 22, she lost the Women’s Championship to James.

At the 2006 edition of Unforgiven, Stratus won a record seventh Women’s Championship, only to retire on the same night, vacating the title.

Stratus would make various part-time appearances thereafter and also appeared as a trainer on Tough Enough.

She returned as the number 30 entrant in the first ever Women’s Royal Rumble, while her and partner Lita faced James and Alexa Bliss at WWE Evolution.

Her last match came in a losing effort against Charlotte Flair at Summerslam.

Stratus entered the WWE Hall of Fame in 2013.

What is Trish Stratus’s height?

What is Trish Stratus’ real name?

Who is Trish Stratus married to?

What is Trish Stratus’s net worth?

Stratus has an estimated net worth of around $6 million.

What is Trish Stratus’s theme?

Stratus’ finisher is known as ‘Time to Rock and Roll’

What is Trish Stratus’s finisher?

Stratus’ finisher is known as ‘Stratusfaction’ 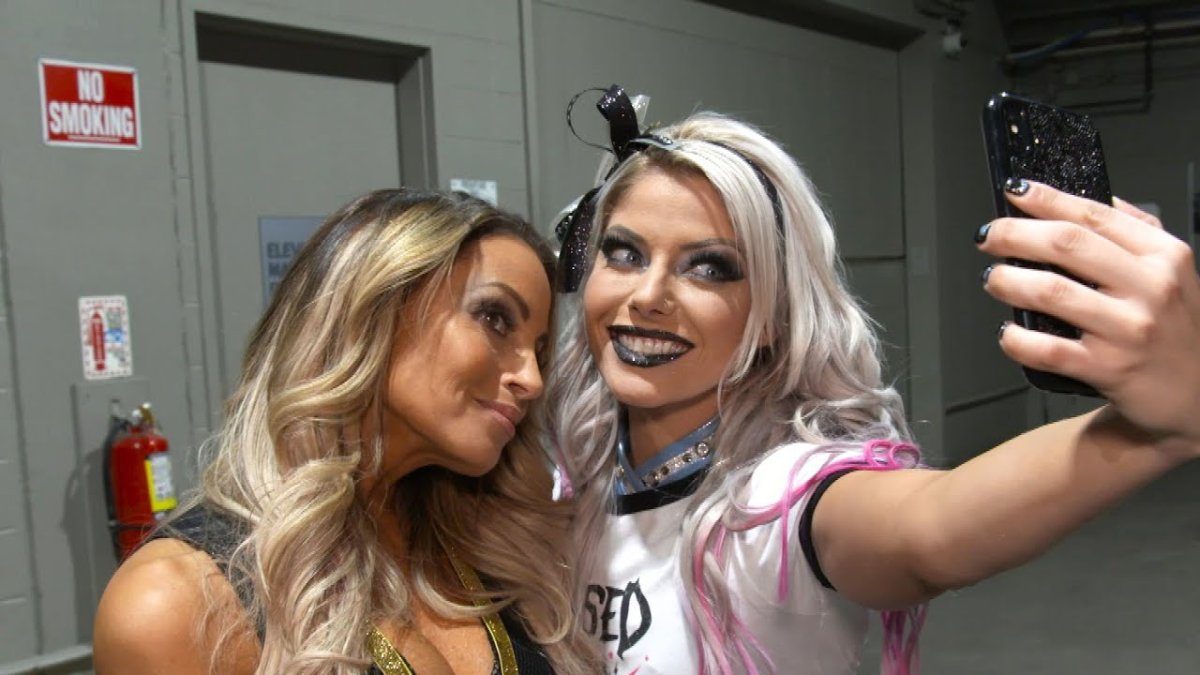 Trish Stratus: I see shades of me in Alexa Bliss 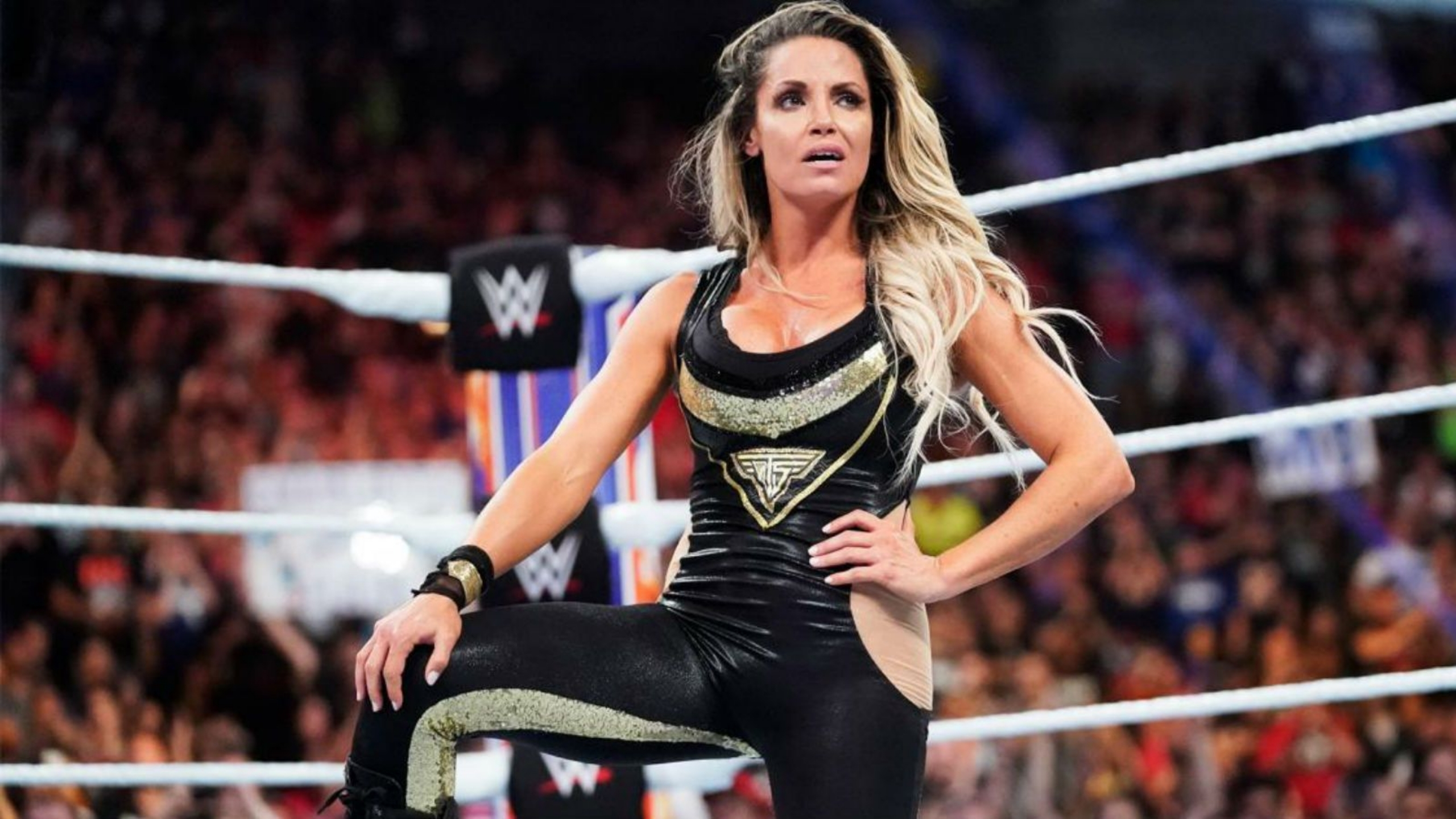 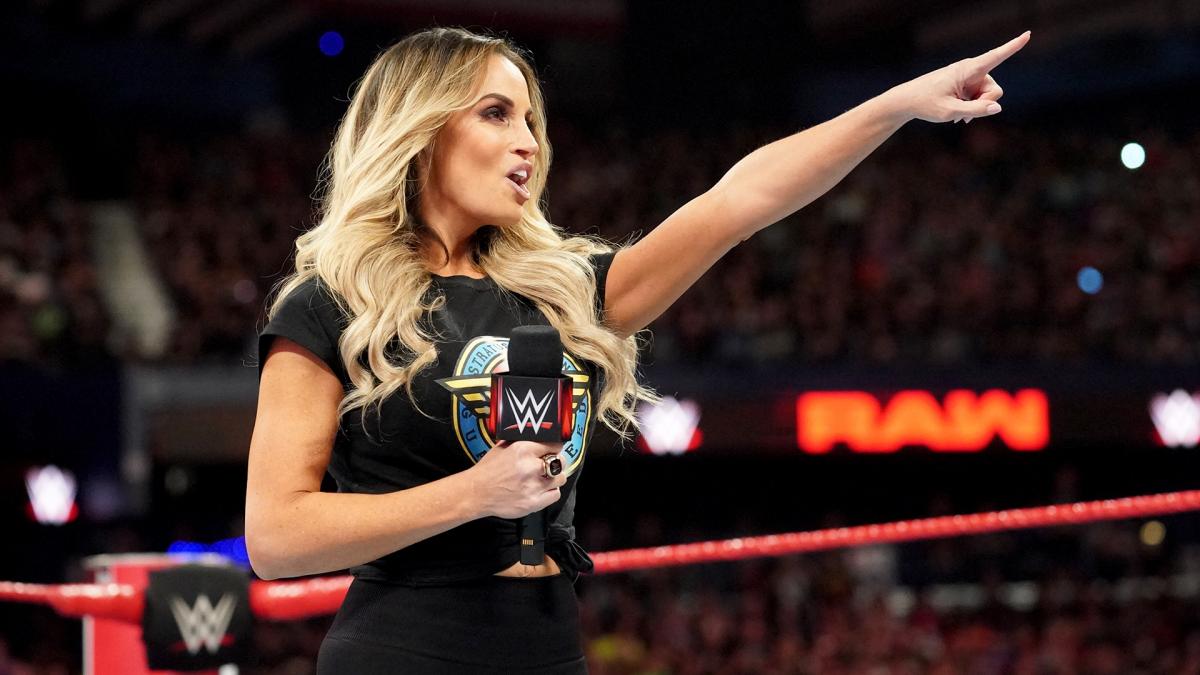 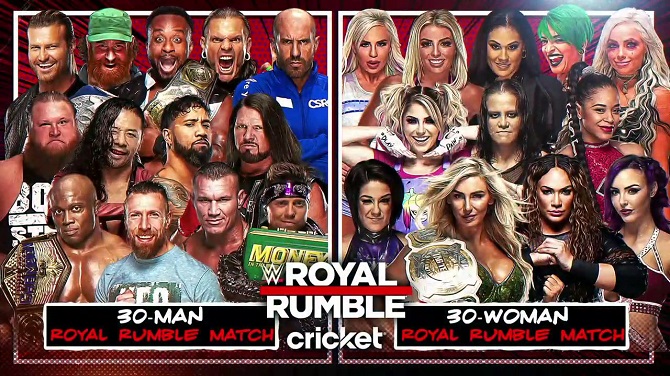 WWE will be presenting arguably their best PPV of the year tonight. The WWE Royal…