WWE Superstar Rey Mysterio (real name Óscar Gutiérrez), is currently signed to the WWE SmackDown brand. The Lucha Libre legend began his pro wrestling career back in 1989 when he was just 14 years old. Mysterio was trained by his uncle Rey Misterio Sr, and wrestled under the names La Lagartija Verde (The Green Lizard) and Colibrí (Hummingbird). It was only in 1991 that Sr gave the now luchador legend the name Rey Misterio Jr.

Mysterio’s beginnings stem from his time in Mexico, where he perfected the Lucha Libre style that he is typically known for today. Rey Mysterio would join the AAA promotion in 1992, remaining with the Mexican based brand until 1995. During his time with Asistencia Asesoría y Administración, Mysterio would fued with Juventud Guerrera.

The Luchador legend would sign on to work with Extreme Championship Wrestling (ECW) in 1995. Mysterio debuted in September 1995 at the Gangstas Paradise event, where he wrestled an also debuting Psicosis. The two men had an iconic feud, which included a two out of three falls match that is regarded as one of the greatest in company history. Rey Mysterio would also feud with his former foe Juventud Guerrera in early 1996. Rey made his last appearance for ECW at Big Ass Extreme Bash in March 1996.

Following his time in ECW, Rey Mysterio signed for World Championship Wrestling (WCW). WCW was becoming known for showcasing some of the best international talent in the world; Mysterio joining in June 1996 was a huge bonus for their Cruiserweight division, with the luchador debuting at The Great American Bash and challenging Dean Malenko for the WCW Cruiserweight Championship.

Some notable contests during Mysterio’s time in the Cruiserweight division include his contest against Eddie Guerrero at Halloween Havoc 1997, his Thunder match against Juventud Guerrera on January 15 1998; the Starrcade triple threat for the WCW Cruiserweight title in 1998 and the match against Psychosis at Great American Bash 1996.

In 1999, WCW opted to have Rey Mysterio remove his mask. The mask is an extremely sacred part of Lucha Libre tradition, and usually performers do not don the mask again once it has been removed. Mysterio was not happy with the decision, and has expressed his displeasure in many interviews since the fact.

Rey Mysterio was part of the Filthy Animals stable from 1999 until WCW closed in 2001. Following a couple of appearances for independent brands, Mysterio would sign for WWE in 2002, wearing the mask once again and having an extremely successful career with the company.

Mysterio was part of the fabled ‘SmackDown Six’ and had some incredible bouts with Eddie Guerrero between 2004-2005. In 2006, Rey Mysterio would become the World Heavyweight Champion, defeating both Randy Orton and Kurt Angle at WrestleMania 22. This initial World Championship reign for Mysterio was marred by strange booking decisions by WWE, with the ‘underdog’ Champion losing a number of non-title bouts while he held the SmackDown based belt.

Rey Mysterio would not get another chance at World Title gold until 2010. In the meantime, Mysterio would win the Intercontinental Championship in 2009; defeating JBL at WrestleMania 25 in just 21 seconds to win the belt.

Following strong storyline feuds against the likes of Chris Jericho and CM Punk, Mysterio would leave WWE in 2015. Following his departure, he would return to AAA, working at their Rey de Reyes (“King of Kings”) PPV event on March 18, 2015.

During his time away from WWE, Mysterio would also join the short lived Lucha Underground program. The concept of the show was more of a drama interspersed with pro wrestling; something that built a strong cult following but would see the promotion close at the end of their fourth season. During his time on the show, Mysterio would get in the ring with the likes of WWE’s Ricochet (known as Prince Puma). As well as John Morrison (known as Johnny Mundo), AEW’s Rey Fenix and Jack Evans.

In January 2018, Rey Mysterio would make a one night return to WWE; appearing in the Royal Rumble match and appearing at #27 in the bout. Mysterio eliminated Adam Cole, before himself being eliminated by Finn Balor.

Before making his full-time return to WWE in 2018, Rey Mysterio would make an appearance at New Japan Pro Wrestling’s Dominion 6.9 in Osaka-jo Hall show on June 9, 2018. Mysterio teamed with Jushin Thunder Liger and Hiroshi Tanahashi. The team lost to the Bullet Club team of Cody Rhodes, Marty Scurll and Adam Page.

Mysterio returned to WWE in October 2018, at the 1000th episode of SmackDown. During his time back, Mysterio has won the United States Championship as well as becoming the SmackDown Tag Team Champions with his son, Dominik Mysterio.

Rey and Dominik Mysterio became the first ever Father & Son tag team champions in WWE history at the WrestleMania Backlash event in 2021. The father/son tandem defeated The Dirty Dawgs to win the belts at the event.

Dominik did also have an intriguing part to play in an earlier feud for Mysterio; with Dominik being part of the Eddie Guerrero vs Rey Mysterio storyline in the mid 2000s. Eddie and Rey had a ladder match for the custody of the then child, Dominik. The match has become somewhat of a meme among WWE fans; but it was nonetheless a great match considering the circumstances.

Mysterio has a net worth reported to be in the region of $12 million US Dollars.

Mysterio’s theme song is Booyaka 619, the track was created by Nu Metal band P.O.D in collaboration with WWE.

Rey Mysterio’s finishing move is the 619. This involves tripping an opponent near the ropes, followed by Mysterio running to the other side of the ring to then rebound and hit a kick to the opponent by swinging between the top and middle ropes. 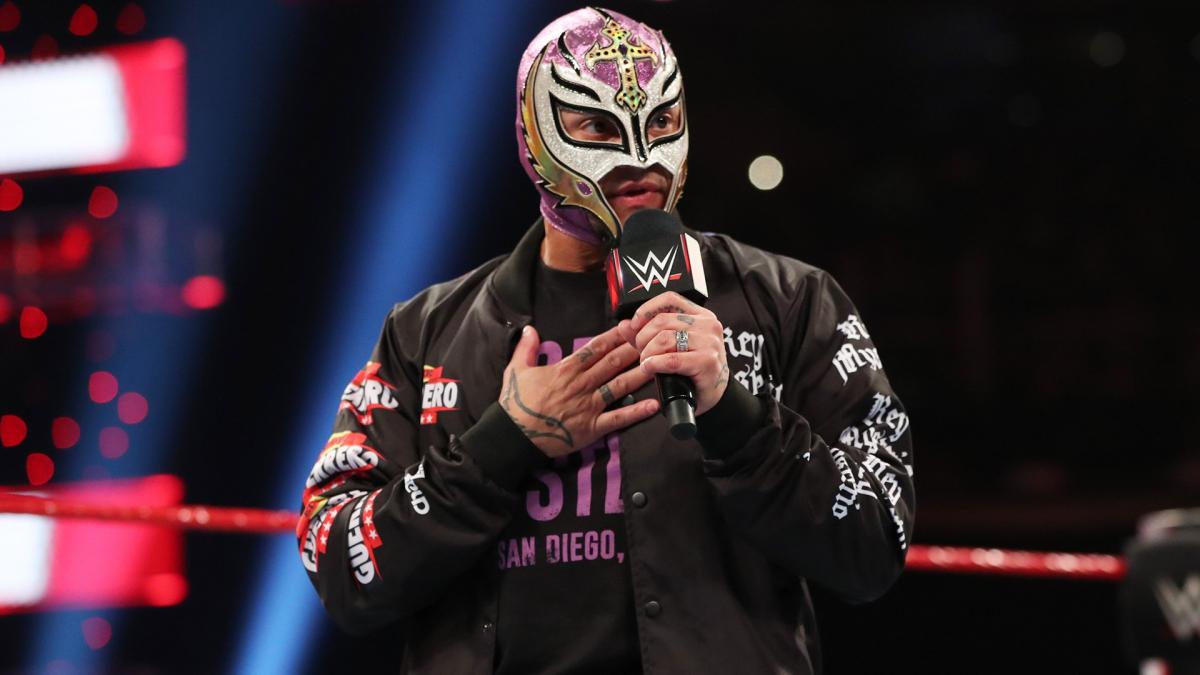 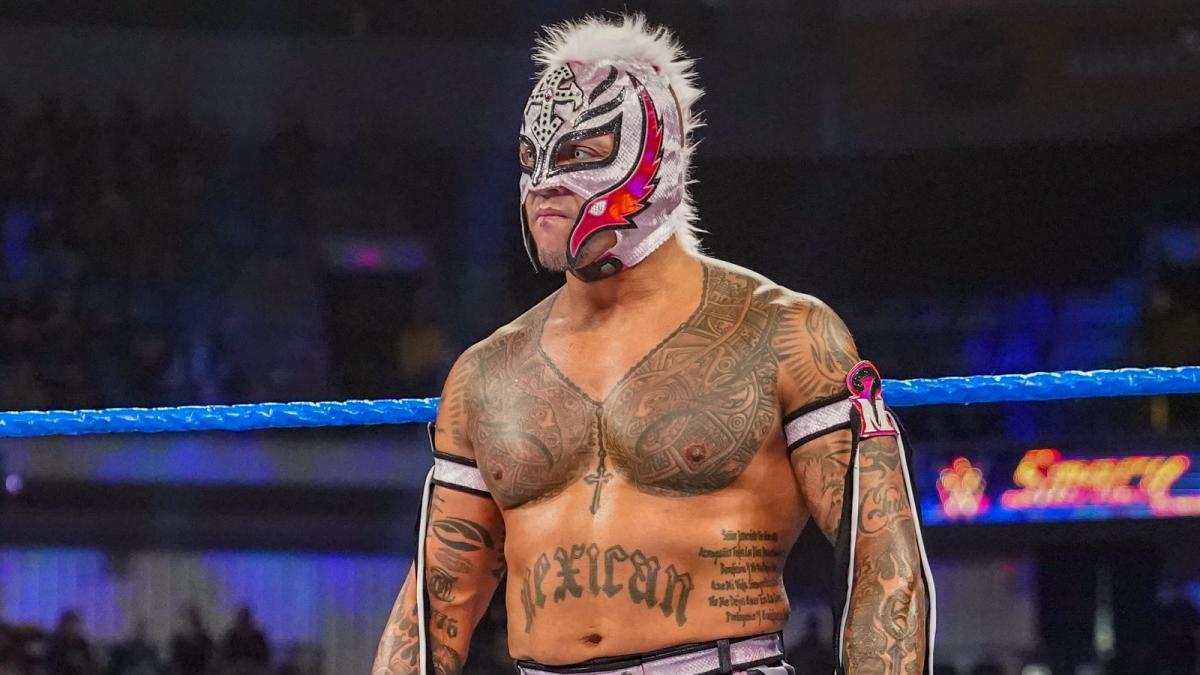 Former WWE star regrets not having a match with Rey Mysterio

Rey Mysterio is considered as one of the greatest luchadors of all time. It comes… 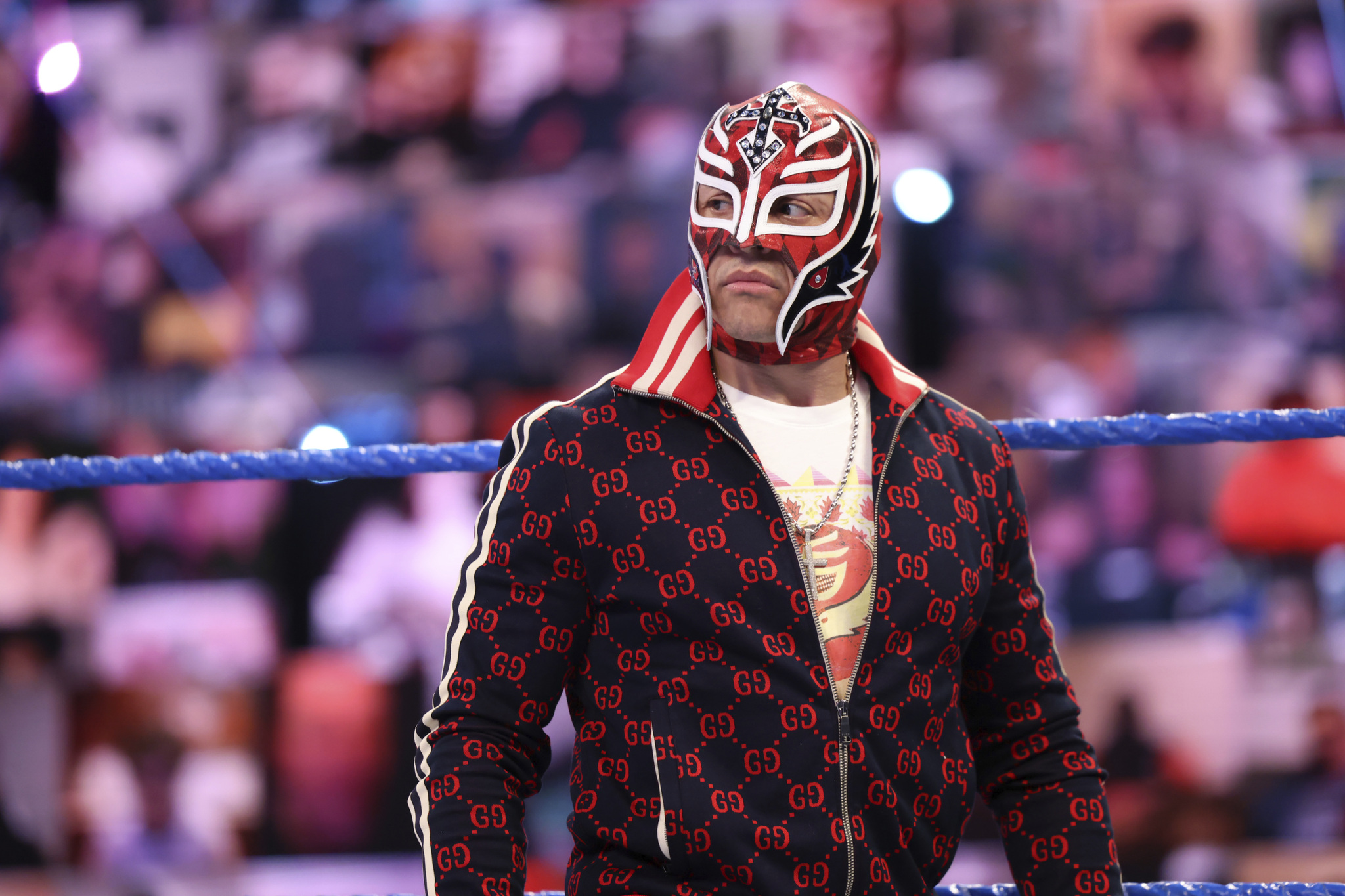 Rey Mysterio: How many masks does the WWE star own?

Rey Mysterio is a veteran star in WWE. His masks are one of the main…

Rey Mysterio: Why he missed WWE RAW this week

WWE Superstar Rey Mysterio was absent from this week’s episode of WWE RAW, with the…