Roman Reigns (real name Leati Joseph ‘Joe’ Anoa’i) is the current reigning and defending WWE Universal Champion. Reigns has gone by many monikers, currently being characterised as the Tribal Chief on WWE programming.

Roman Reigns officially joined the WWE main roster in 2012, appearing on WWE programming as a member of The Shield faction. The other members of The Shield were Dean Ambrose (now Jon Moxley in AEW) and Seth Rollins. The group appeared on WWE RAW and WWE SmackDown for two years before disbanding in 2014, when Seth Rollins betrayed The Shield and joined Triple H and The Authority.

Reigns has been a long time sufferer of leukemia. The Tribal Chief was first diagnosed with the disease in May 2007 whilst he was signed to the NFL Minnesota Vikings team. Roman went into remission around 2 years after the initial diagnosis.

In 2018, Roman Reigns’ leukemia returned and he had to relinquish his WWE Universal Championship before a WWE Crown Jewel match against Brock Lesnar and Braun Strowman in October of that year. In February of 2019, Reigns made his return to the company on WWE RAW, revealing to the WWE Universe that his cancer had gone into remission once again.

Reigns finally turned ‘heel’ on WWE television after many years of fans begging for him to do so. Reigns’ career has been compared many times to his cousin, The Rock, who also began his time in WWE as a babyface character who was rejected by the audience.

Roman Reigns is part of the WWE SmackDown roster. The only place to watch weekly WWE programming is via BT Sport in the UK.

Monthly WWE PPV events are also available to watch for fans internationally on WWE Network. The WWE Network costs £9.99 per month and is an over the top streaming service featuring WWE, WCW, ECW, PROGRESS, ICW, wXw and more available on demand to stream.

Roman Reigns will usually appear on WWE SmackDown on Friday nights, or on WWE Network/NBC Peacock for pay per view events each calendar month of the year. Most WWE events begin at midnight to 1am GMT.

As Roman Reigns is usually in the main event of all WWE shows he usually appears between 3am – 4am GMT time.

Roman Reigns is part of the historic Samoan Family dynasty. Reigns’ father is Sika, of The Wild Samoans tag team. The Tribal Chief’s brother is Rosey, who performed for WWE as part of the 3-Minute Warning tag team and in a superhero gimmick alongside The Hurricane.

As part of the Samoan Family dynasty, Reigns is directly related to Umaga, Yokozuna, Rikishi and The Tonga Kid. Reigns is also first-cousin once removed from The Rock and WWE tag team The Usos (Jimmy & Jey Uso).

Roman Reigns married Galina Joelle Becker in 2014. Galina was born in Jacksonville, Florida and was born on March 11, 1987. Becker is also a fitness model, and married Roman Reigns on a private island in December 2014.

Roman Reigns is currently believed to have a net worth of around $15 million dollars. Reigns has remained part of WWE since his time in FCW (Florida Championship Wrestling) developmental territory, which he joined in 2010.

Reigns has been pushed as the top Superstar in WWE since 2015; having been part of the main event for several WrestleMania shows. With Roman being catapulted so early in his WWE main roster career; he was a polarising figure early on, with fans ‘hijacking’ WWE shows to boo Reigns and show WWE their displeasure with his position on the card.

Reigns also frequently appears on the UpUpDownDown YouTube channel, where he goes under the moniker of ‘The Merchandise.’

Roman Reigns has a traditional Samoan tribal tattoo. The tattoo was created by Mike Fatutoa, who reportedly took around 17 hours to complete the work in 2013. Originally, Joe Ano’i only had his right shoulder inked, although he got the full aforementioned work completed in 2013.

Reigns has had a long line of official WWE toys and figures since he first appeared on the WWE main roster in 2012. Reigns has been part of the WWE Elite figure line.

Roman Reigns has appeared in Hobbs & Shaw, a film that is part of the Fast & Furious franchise. Reigns’ cousin The Rock is one of the titular characters from the movie, appearing alongside Jason Statham. 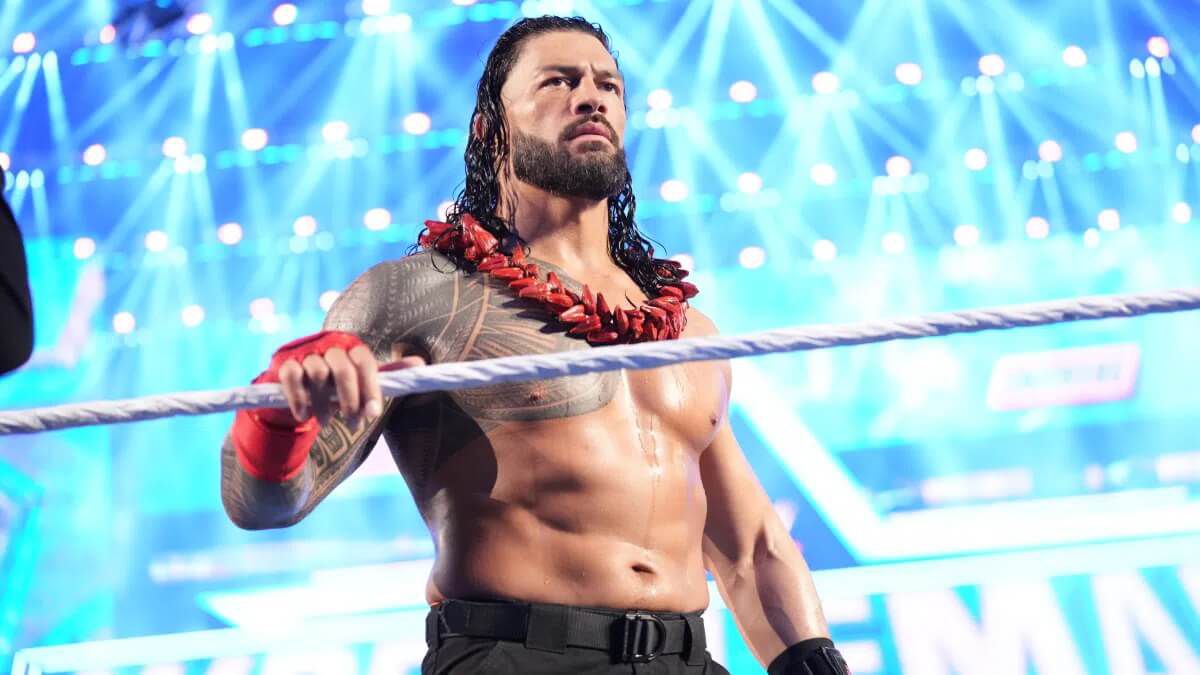 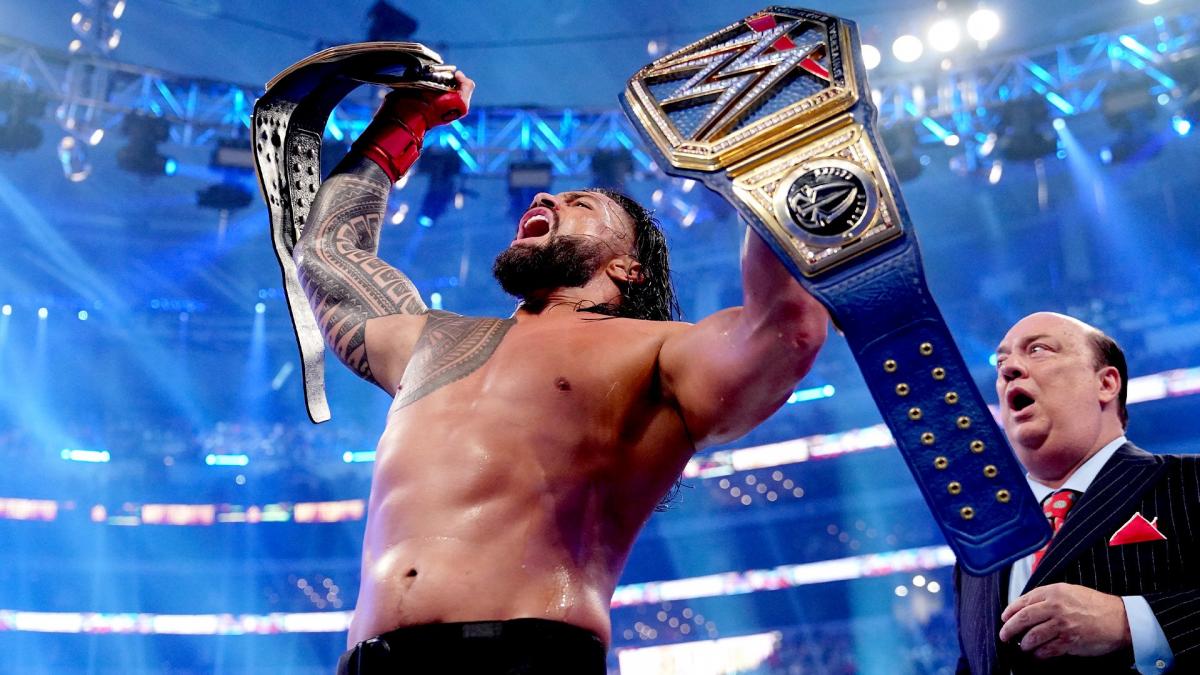 Could Roman Reigns drop the titles due to WWE schedule?

Roman Reigns has been missing from WWE programming for quite some time, but could the… 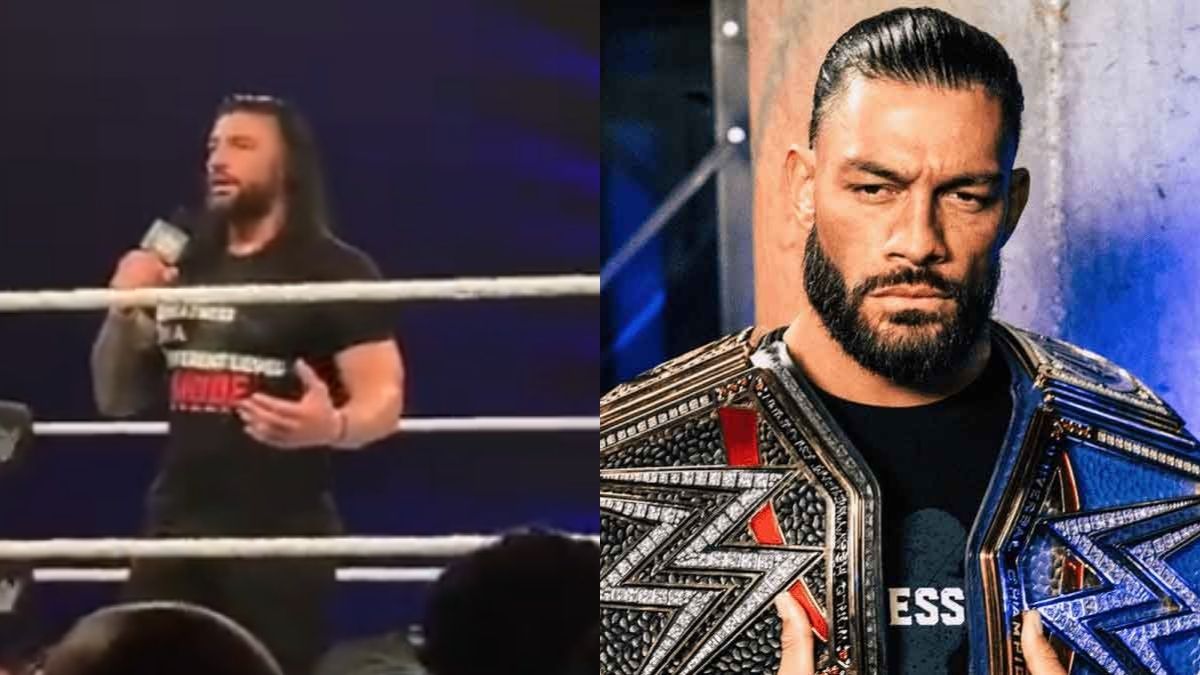 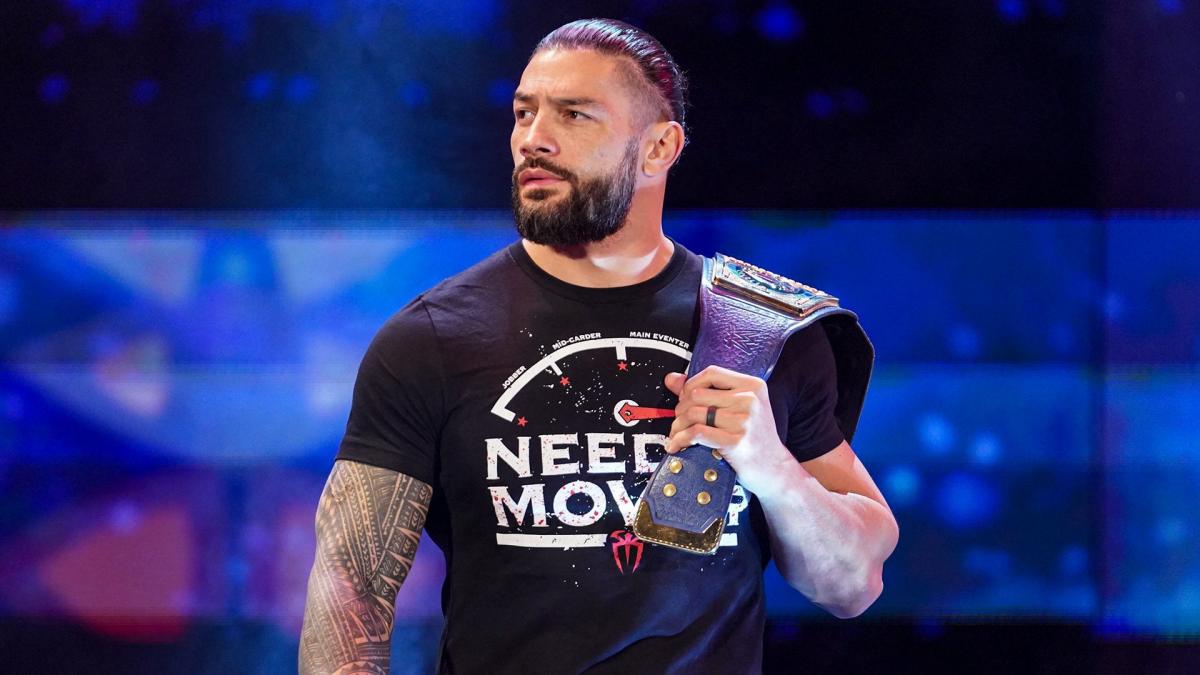