WWE Superstar ‘The Fiend’ Bray Wyatt (real name Windham Lawrence Rotunda) is currently signed to the Monday Night RAW brand. Wyatt is a third generation pro wrestler, as both his grandfather Blackjack Mulligan and father IRS were performers in years prior. Bray Wyatt’s brother Bo Dallas also performs for WWE, having won the NXT Championship in his own right.

Bray Wyatt began in WWE as Husky Harris, where he joined The Nexus stable. Wyatt, then Harris, made his WWE main roster debut at the Hell In a Cell 2010 PPV event; Bray Wyatt attacked John Cena during his match against Wade Barrett, causing Cena to have to join the group for a short time.

Husky Harris would return to WWE’s developmental territory FCW shortly after, before making his way to the then re-branded NXT promotion in Florida. It was in 2012 that Rotunda made the switch to the now prominent Bray Wyatt character, first aligning himself with Eli Cottonwood on NXT programming.

The Wyatt Family came together soon after this; with Luke Harper and Eric Rowan being the first two members of the ‘family’ to join in 2012. Wyatt continued to tweak the character on NXT, becoming one of the more intriguing elements of the early run of the new brand.

Wyatt and the group made their WWE main roster debuts in 2013, joining the RAW brand. The team had a strong run for many years on WWE programming, feuding with The Shield and adding the likes of Randy Orton to the group later down the line.

It wasn’t until 2019 that Wyatt would make another huge change to his on-screen character, with vignettes beginning to be played on RAW, showing the Firefly Fun House. Wyatt would eventually be shown as a children’s television type of character, with The Fiend being an alter ego that appeared for matches and was hugely dominant in his early run, being seemingly unbeatable and ‘no selling’ various finishers from the bigger main event Superstars.

The Fiend’s mask was created by Tom Savini, a hugely respected name in Hollywood for his work in prosthetic makeup. Savini is mainly known for his work on Dawn of the Dead, Day of the Dead, Creepshow and Monkey Shines. Savini has however also worked on masks for the band Slipknot; with lead singer Corey Taylor saying in 2019 that Savini created several for the We Are Not Your Kind album and subsequent tour.

The Fiend adopted a new look and costume in early 2021 for a short period of time. With Randy Orton ‘burning’ The Fiend alive at the TLC PPV in 2020; WWE had to make changes to try and keep some semblance of reality in the storyline. The Fiend appeared on the Fastlane 2021 PPV event with a new burned costume; which was again created by Tom Savini.

The Fiend Net Worth

Bray Wyatt reportedly has a net worth around $8 million US dollars.

Bray Wyatt has used multiple theme songs throughout his time on NXT and the WWE main roster. Wyatt’s current theme as The Fiend is ‘Let Me In.’

The Fiend has two main finishing moves: The Mandible Claw and The Sister Abigail. 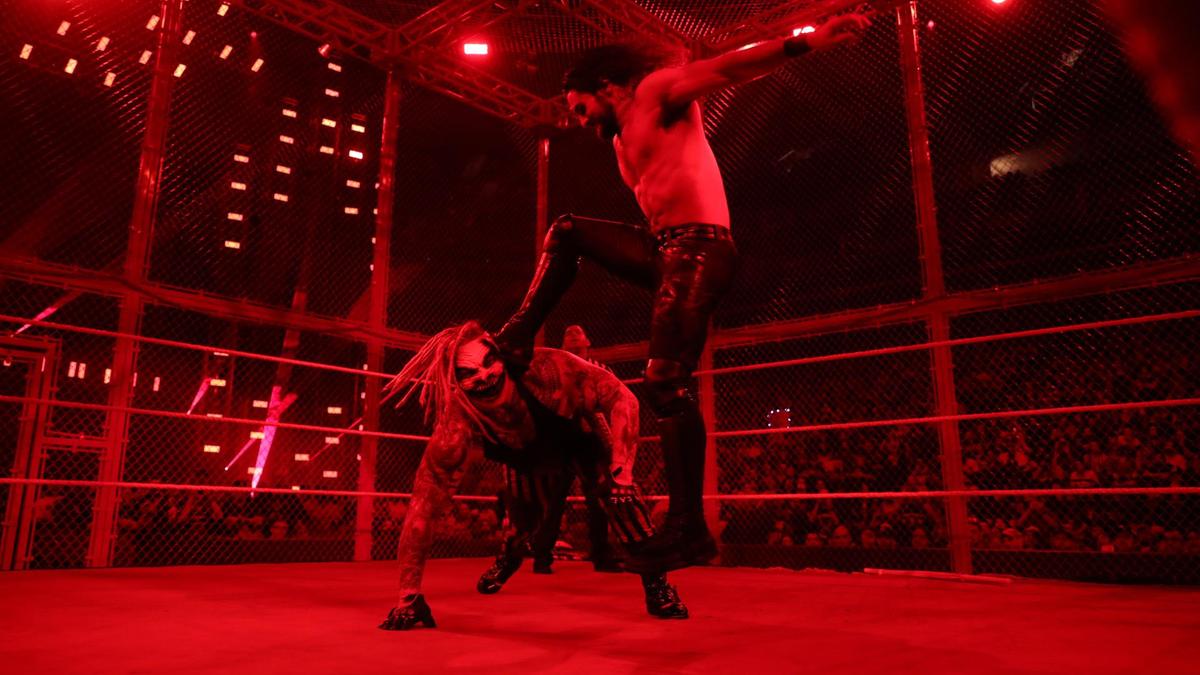