Goldberg is a retired professional wrestler and one of the most famous names in the business of all time due to his success initially in WCW and later with WWE.

Unlike the majority of professional wrestlers, Goldberg was not a massive fan of the sport growing up and dreamed of becoming a NFL star instead as a younger.

He did achieve his dream and featured in the NFL for the Los Angeles Rams and Atlanta Falcons.

Following his cut from the Carolina Panthers he suffered a serious injury that would spell the end of his football career.

During rehab he was spotted by WCW stars Lex Luger and Sting, who would ultimately convince him to train as a professional wrestler.

Goldberg was pushed immediately from his debut onwards as he quickly became a fan favourite due to his combination of brute force, aggression, and agility, often incorporating some of his mixed martial arts kicks and punched into his offence.

As time went on, on-air commentators began to reference his winning streak which started on his debut match on television.

After winning the United States Championship his stock would continue to rise to the point where he became a contender for the WCW World Heavyweight Championship.

He would eventually defeat Hollywood Hulk Hogan for the title in a 1998 edition of Monday Nitro, vacating the US Championship in the process.

A feud against Diamond Dallas Page followed before Golberg’s streak eventually came to an end at the hands of Kevin Nash, who benefited from the stun-gun-wielding Kevin Nash to finally pin his adversary.

The streak is known for being greatly exaggerated, but the generally accepted number is 173 victories in a row for Goldberg.

He would take part in various feuds in his remaining years in WCW with the likes of Scott Steiner, Bret Hart, Nash, and Vince Russo.

When WCW was purchased by WWF, the WWF opted against buying out Goldberg’s contract due to his vast salary at the time, meaning Goldberg was not involved in the infamous ‘Invasion’ angle.

He would eventually make his WWE debut in 2003 in a feud against The Rock, defeating the Great One at Backlash.

Throughout 2003 he would mostly find himself in a feud over the World Heavyweight Championship with Triple H, subsequently winning the title for the first time in the WWE at Unforgiven.

He would later lose the title in a triple threat match against Triple H and Kane at Armageddon, with Triple picking up the win.

Heading into Wrestlemania season, Goldberg would become embroiled in a feud with Brock Lesnar, eventually costing him the WWE Championship at No Way Out, setting up a match between the pair at Wrestlemania 20 at Madison Square Garden.

However, but the time the match came around, WWE fans became aware of both men expressing their desire to leave. Brock Lesnar wanted a crack at the NFL, while Goldberg simply wanted to go.

Both men were booed throughout the match, which Goldberg won, and both ended up receiving Stone Cold stunners from Stone Cold Steve Austin.

After a 12-year hiatus, Goldberg returned to work with WWE as a playable character in the WWE 2K17 video game.

During the promotional appearances for the game, he expressed a desire to return to the ring to face Lesnar again.

That match happened, and Goldberg pulled off one of the greatest shocks in WWE history as he squashed then-dominant Lesnar at Survivor Series.

Goldberg would subsequently win the Universal Championship for the first time after defeating Kevin Owens, setting up a match with Lesnar at Wrestlemania, which Lesnar won.

In 2018 it was announced that he would be entering the WWE Hall of Fame, and after controversially defeating The Fiend for the Universal Championship, he became the first wrestler in history to win a world championship as a Hall of Famer.

He would lose the title to Braun Strowman at Wrestlemania and had one comeback match against Drew McIntyre for the title, which he would lose at the 2021 Royal Rumble.

What is Goldberg’s height?

What is Goldberg’s real name?

Who is Goldberg’s married to?

What is Goldberg’s net worth?

Goldberg’s net worth is estimated to be around $16 million.

What is Goldberg’s theme?

What is Goldberg’s finisher?

Goldberg’s finisher is ‘the Spear’ or ‘the Jackhammer’. 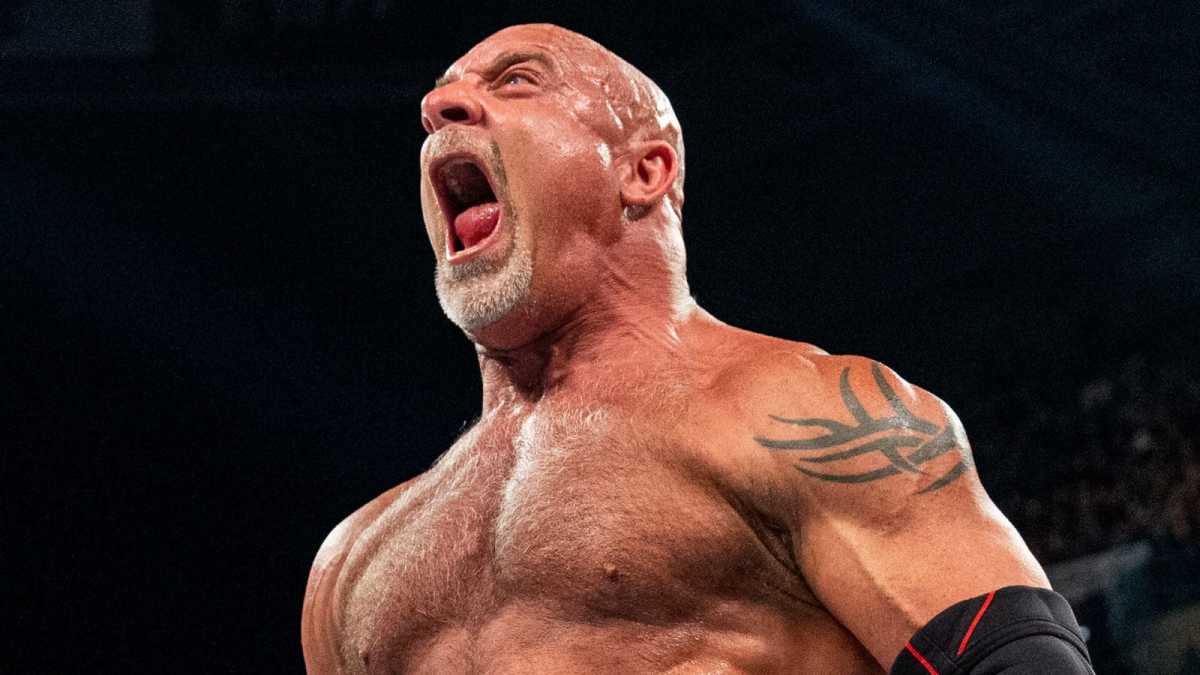 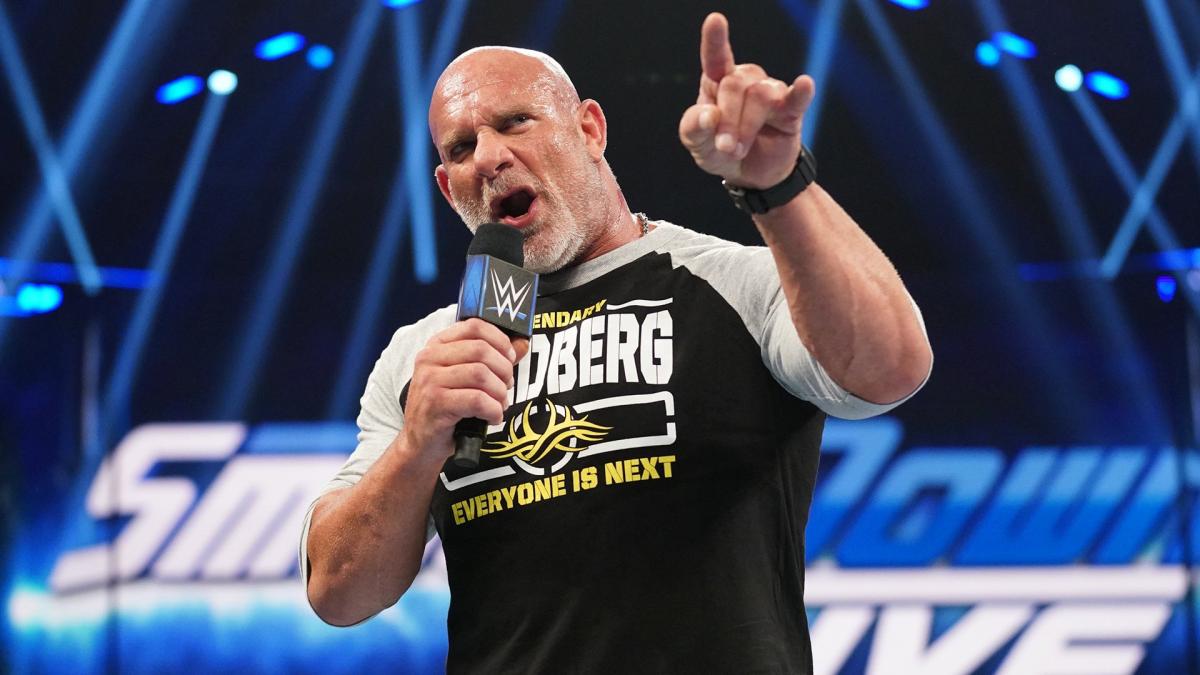 Goldberg reflects on injuring Bret Hart: “I will take it to my grave’

Goldberg is well aware that Bret Hart will never forgive him for ending his career…. 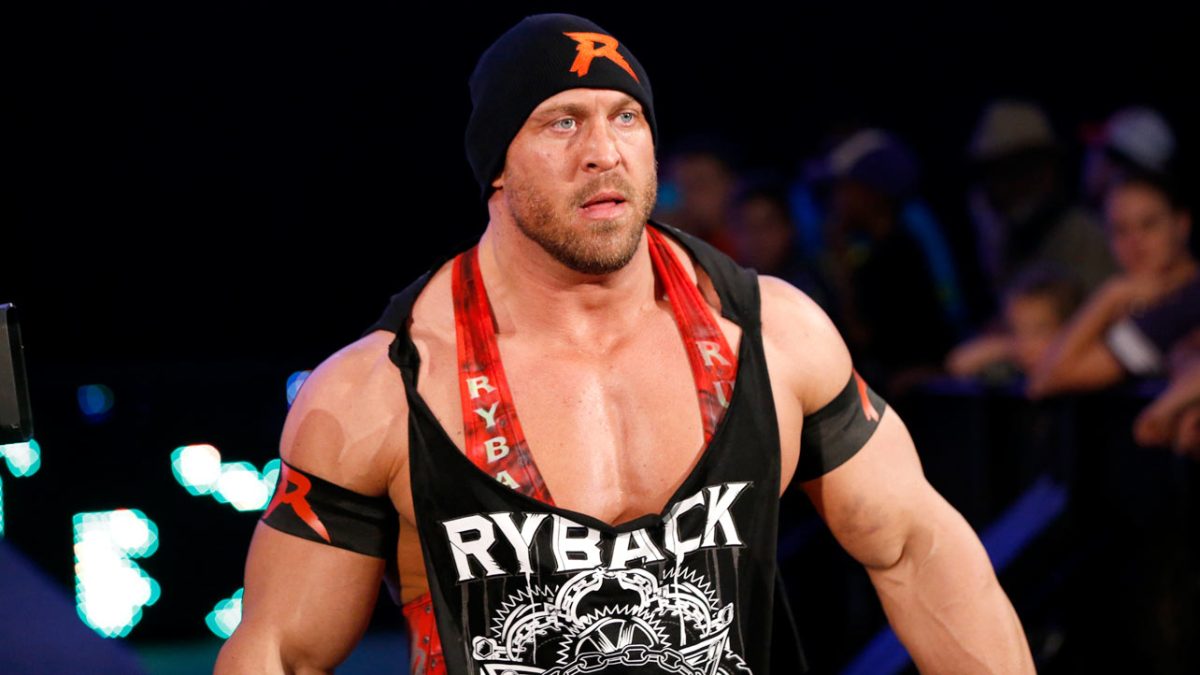 Ryback wants a match with WCW and WWE legend 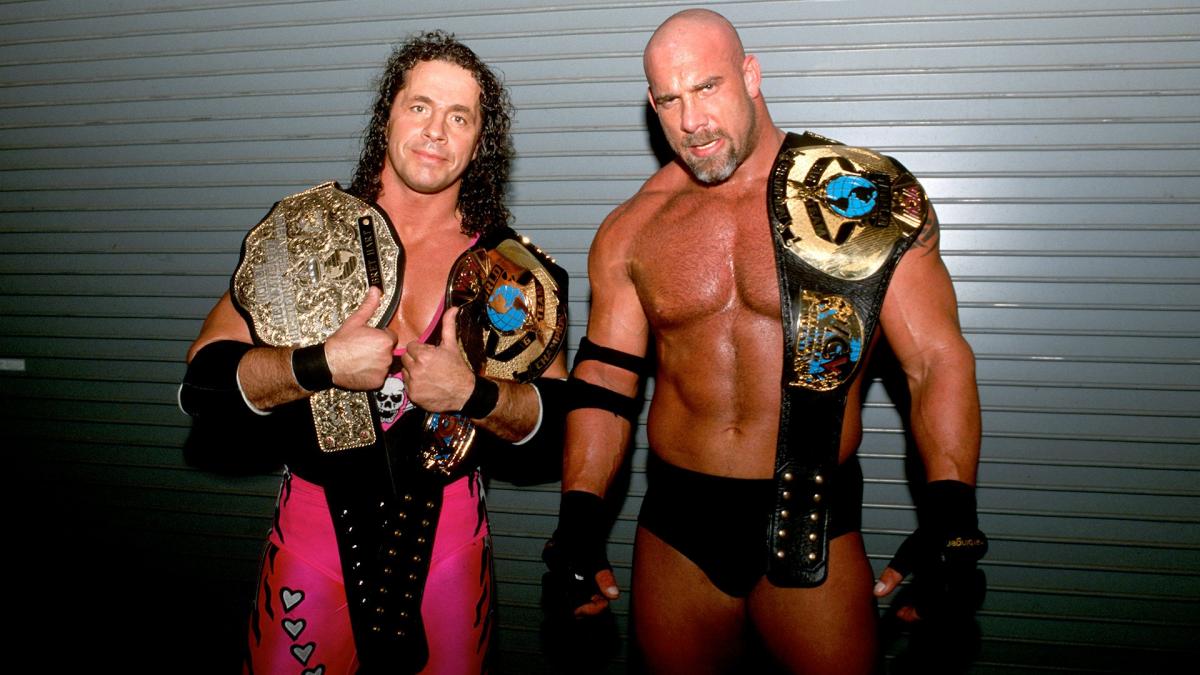 Bret Hart: Brock Lesnar is the opposite of Goldberg

Released NXT faction rumoured to be returning to the main roster