McIntyre would spend a hefty amount of time in the BCW promotion, winning the BCW Heavyweight Championship on two occasions. As well as performing in Scotland, McIntyre is also known for his work in the Irish Whip Wrestling (IWW) promotion. During his time with the company, McIntyre feuded with Sheamus O’Shaunessy, who himself would go on to WWE and be known simply as Sheamus.

Drew McIntyre would remain on the independent scene until 2007 when he signed with WWE. McIntyre would make his debut with WWE in October 2007, successfully winning his debut match on SmackDown. Drew would only be on the main roster for a short time before being moved to the Florida Championship Wrestling developmental brand in 2008.

WWE would bring McIntyre back to the main roster in 2009, disregarding his initial short run and establishing him as a heel again on SmackDown. It was around this time that Vince McMahon stated that McIntyre would be a “future World Champion,” hyping the Scottish Superstar and alluding to heights that he would not achieve until much later in his career.

Despite winning the Intercontinental Championship, Drew McIntyre would not move any higher in the ranking and he would eventually be put in the 3MB group with Jinder Mahal and Heath Slater in 2012. The group were beloved by fans later in their run but it was essentially viewed as a purely comedy gimmick that did not elevate any of the three members of the stable.

In 2014, Drew McIntyre was released from his WWE contract. Reverting back to the name Drew Galloway, the former IC Champion would return to the indie scene and build himself back up to eventually rejoin the company.

Galloway would appear in ICW in July 2014, starting a feud with Jack Jester. This was the first time that McIntyre had appeared in the promotion in seven years. In November 2014, Galloway defeated Jester to become the ICW Champion for the second time in his career at the Fear & Loathing VII event. Drew Galloway remained a staple of Insane Championship Wrestling until his return to WWE and NXT in 2017.

Drew Galloway would also appear for a number of other independent promotions during his three years away from WWE. Galloway would win the What Culture Pro Wrestling and EVOLVE Championship during this time.

Galloway also joined IMPACT Wrestling from 2015 to 2017. During his time with the promotion, Galloway would win the IMPACT Grand Championship, IMPACT World Title and Global Impact Tournament.

Drew Galloway finally made his return to WWE in April 2017; appearing front row at an NXT Takeover event and once again being called Drew McIntyre. The Scottish Superstar’s second run with the company has been far more successful; with his initial run in NXT leading him to the brand’s top Championship.

McIntyre stayed with NXT for just over a year. During his time on the brand he would face the likes of Andrade ‘Cien’ Almas, Roderick Strong, Bobby Roode and Adam Cole. McIntyre would finally make his return to RAW in April 2018, joining the brand as part of the Superstar Shakeup and aligning himself with Dolph Ziggler.

Drew McIntyre would remain a ‘heavy’ for several Superstars and stay with several groups during the next couple of years. This included his alliance with Baron Corbin and Bobby Lashley to go up against The Shield (Roman Reigns, Seth Rollins and Dean Ambrose/Jon Moxley).

The big singles run for Drew McIntyre would begin at the 2020 Royal Rumble event. The then WWE Champion Brock Lesnar entered the match as the #1 competitor, eliminating every single opponent who would appear right up until Ricochet made his way down to the ring nearly halfway through the match. After Ricochet came Drew McIntyre, who would finally eliminate Brock Lesnar to a thunderous reception from the capacity crowd in attendance. McIntyre would go on to win the match, confirming that he would be getting the WrestleMania main event slot.

Drew McIntyre challenged for the WWE Championship against Brock Lesnar at WrestleMania 36. This WrestleMania was unlike any other event, due to the start of the COVID-19 pandemic meaning that fans could not be in attendance. The show took place over two nights; with McIntyre defeating Lesnar in the main event of night 2 to become the WWE Champion for the first time in his career.

McIntyre was considered one of the MVPs of the Performance Center ‘era.’ During his initial run as Champion, McIntyre would feud with Seth Rollins, Bobby Lashley, Dolph Ziggler and Randy Orton. McIntyre would drop the title to Orton at the Hell In a Cell PPV event, meaning his first title run last 203 days.

Drew McIntyre regained the title during an episode of Monday Night RAW inside of the WWE ThunderDome. McIntyre would lose the belt once again at the Elimination Chamber PPV event in 2021; this was after The Miz cashed in his Money In The Bank briefcase to win the belt.

McIntyre would challenge Bobby Lashley for the WWE Championship at WrestleMania 37, however he was unsuccessful in regaining the belt. The Scottish Superstar would earn a rematch for the title at WrestleMania Backlash in a triple threat match including Braun Strowman. McIntyre was again unable to capture the title.

Drew McIntyre is married to Kaitlyn Frohnapfel. Kaitlyn reportedly is from Florida, and she has a track and field background from her time in college

McIntyre has a net worth of around $1.8 million US Dollars according to reports.

McIntyre’s theme song is Gallantry. Prior to this, Galloway used the theme song Broken Dreams, which is a favorite among WWE fans.

McIntyre uses the Claymore Kick as his finishing move in WWE. 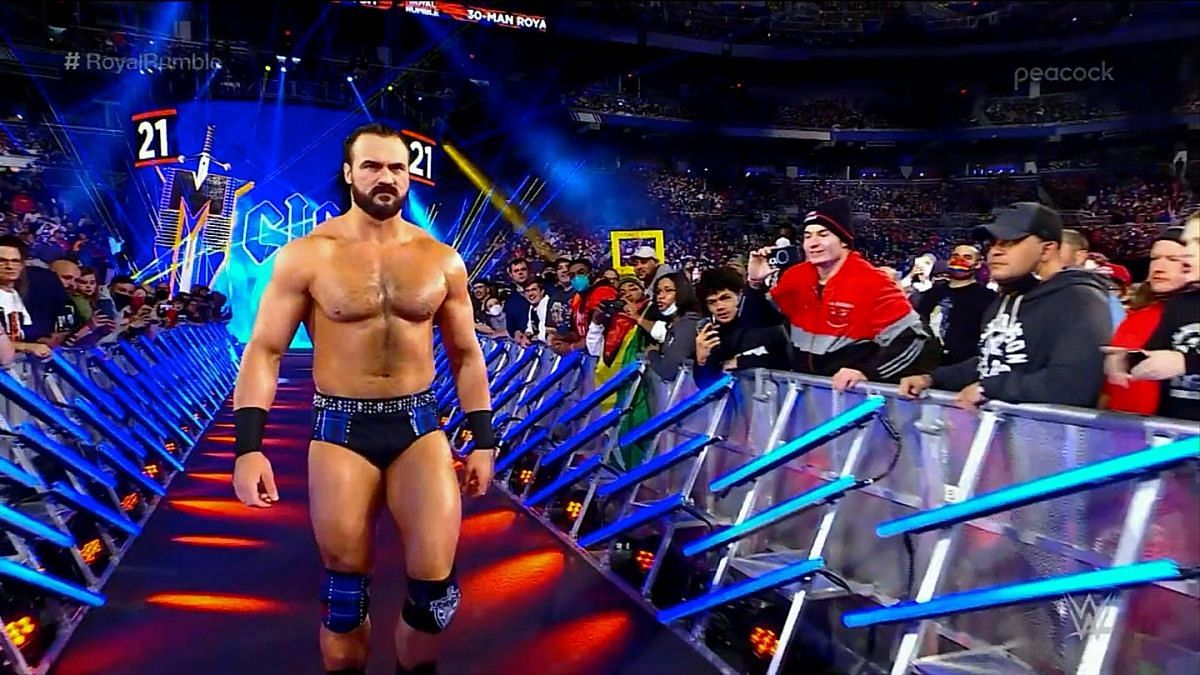 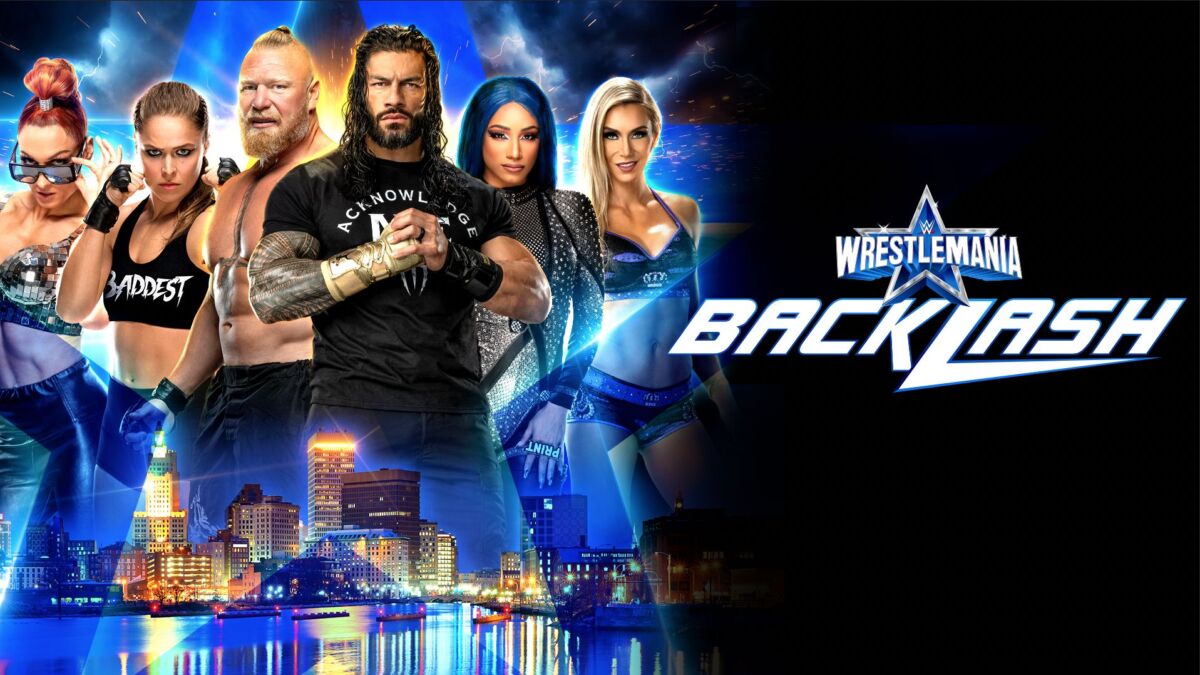 Tyson Fury vs Dillian Whyte is one of the biggest boxing contests in UK history,…

The former WWE Champion Drew McIntyre is one of the fan favorites among the WWE Universe. He… 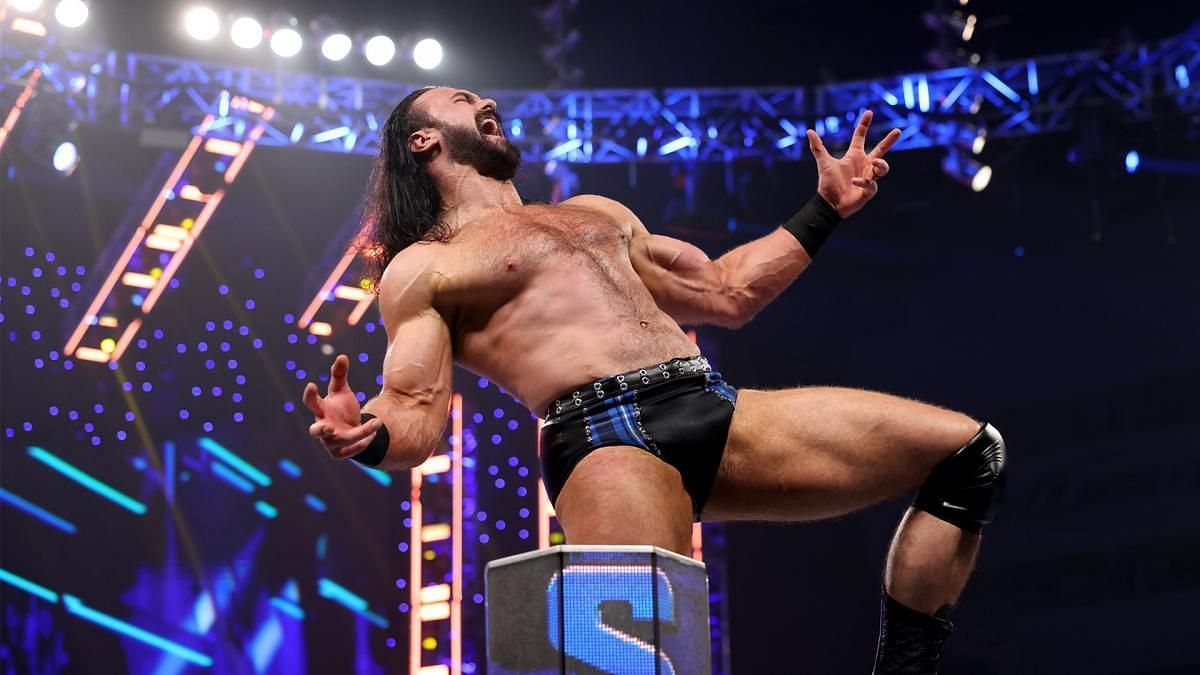 Drew McIntyre reveals who he wants to face at WWE Cardiff

WWE recently confirmed that they would be holding an event in Cardiff, Wales in September…